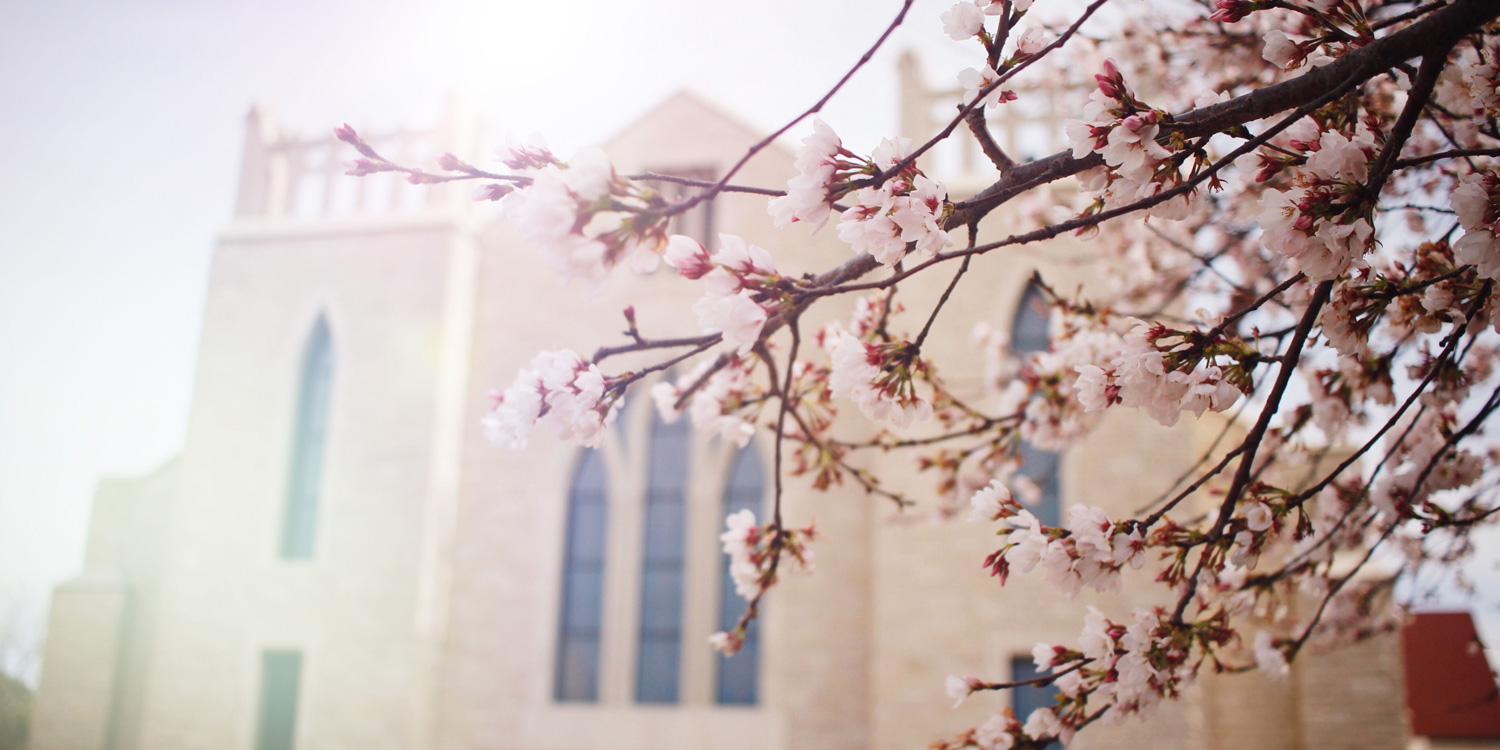 I’ve been giving some thought in recent months to what it means to thrive as Christian universities amid all of the challenges that confront us. After a couple of decades in Christian higher education, I’ve concluded that the sorts of habits and disciplines that enable us to flourish in our personal lives are also what God calls Christian colleges and universities to practice.

Let me explain: In our personal lives, it’s easy to fall into the “if only” trap. We fantasize about how things would be better if only I got that promotion at work, or if only our child would get into that college, or if only we had a bigger house.

Fortunately, I’m often reminded by Anna, my 21-year-old daughter and part-time spiritual advisor, that God calls us to live in the present. Recently she reinforced that truth by sending me her Spotify playlist entitled “This, Here, Now.” Or, as Henry Nouwen writes, “The spiritual life is a life in which we wait, actively present in the moment, trusting that new things will happen to us, things that are beyond our own imagination, fantasy, or prediction.” In other words, God calls us to flourish today in the particular place we find ourselves. Therein lies contentment.

Colleges and universities can fall prey to the same “if only” syndrome. If only we had 50 more students; if only we had a larger endowment; if only we had another donor for the new science building. But as in our personal lives, God calls Christian institutions to flourish in their current state, even while as leaders we work to improve those institutions.

So how do we do that? The same way we do in our personal lives.

First, by embracing simplicity. One of the positive developments in American Christianity in recent years has been a renewed appreciation for simplicity in daily living. Authors such as Tish Harrison Warren and James K.A. Smith remind us that our daily habits – both individual and communal – ultimately form who we are as Christians. The path to fulfillment lies not in continually doing more and getting more but in learning to simplify our lives, be discerning with technology, and say no to “bigger and better.” Doing so creates the breathing space in our lives for joy and Christian virtues to flourish.

I would suggest that embracing simplicity is important for Christian universities as well. As leaders, it’s easy for us succumb to the notion that being a strong leader requires continually taking on more, both individually and institutionally. And while it’s important, of course, to adapt to a changing environment strategically and nimbly, sometimes wise leadership means doing less rather than more; it means knowing what to stop doing in order to preserve spaces for reflection and spontaneity.

Expansions of institutional mission lead naturally to new programs and initiatives, which can leave everyone feeling frazzled instead of flourishing. Embracing simplicity as an institution can create spaces for faculty to thrive as scholars as well as teachers, and for students to learn the natural rhythms of mature spirituality. The unmeasurable qualities of a Christian college campus – an impromptu conversation in the dining commons between a professor and a student; a weekly staff members’ brown-bag lunch discussion; students tossing a Frisbee on a sunny afternoon – thrive in the unscripted spaces in university life that come by resisting the urge to fill every nook and cranny with activity.

Second, as Christians we flourish not only through simplicity but also through relationships. Long before he hit the Christian college speaking circuit and wrote about character, David Brooks penned an insightful book called The Social Animal. Humans, he observed, are hardwired to connect with other humans. We learn this as infants, and throughout life our relationships with family and friends are our deepest source of fulfillment. Christians in particular understand that our flourishing is determined not by how much stuff we have but by being in right relationship with God and others.

Universities are no different. As in our personal lives, the true health of a Christian university is best measured not by the amount of resources it possesses but by the quality of the relationships among its members. Paramount, of course, is the relationship between faculty and students. For example, in a recent Strada-Gallup Alumni Study, “a mentor who encouraged your goals and dreams” was found to be the single most important correlation to success in work and life for college graduates. These are the sorts of relationships at which CCCU institutions excel.

Equally important are the other relationships throughout the institution. Are our faculty thriving in their relationships with their colleagues and with the administration? Is there a sense of collegiality and mutual respect between staff members and faculty? Do members of underrepresented groups feel welcome as full members of the community? These are the true determiners of a thriving university.

Universities flourish not only through internal relationships but through relationships with other institutions, which is what makes the CCCU especially valuable. In my time with the CCCU, I have had the satisfaction of seeing new relationships develop and existing ones strengthened. For example, there’s the new CCCU Online Consortium, which enables our institutions to share online courses with each other. There have been councils created to foster collaboration among our schools in various areas, such as the Research Council, the Doctoral Education Council, and a network of Accreditation Coordinating Councils that provides a unified Christian voice regarding accreditation.

Then there are ongoing cooperative activities such as the Collaborative Assessment Project and the collective commitment to Christian study abroad represented by our BestSemester programs, not to mention the annual gatherings of presidents, vice presidents, and other professionals. Indeed, if one measures the health of Christian higher education not just by the relationships within each institution but by the relationships between our institutions, one could conclude that Christian higher education is alive and well.

At the end of the 2018 film Christopher Robin, Winnie-the-Pooh and Christopher are sitting on a grassy hillside watching the rising sun peek over the horizon.

Amid the very real challenges that we face in Christian higher education, it’s easy to succumb to “if only” thinking and long for a different sort of university than the one that God has given us. By embracing simplicity and nurturing healthy relationships both inside and outside our institutions, we can learn to thrive in the “This, Here, Now.”

Rick Ostrander is vice president for research & scholarship at the CCCU.