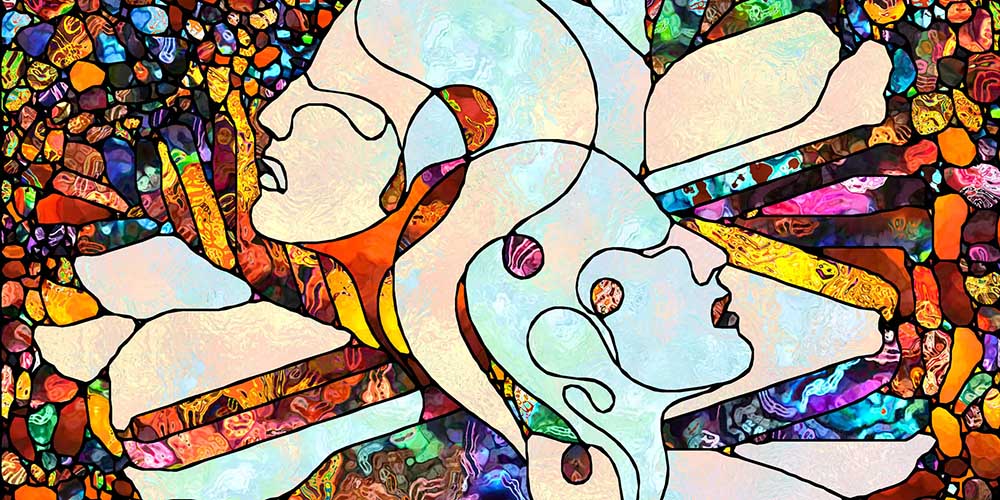 Theological Exclusivity in a Multifaith World

On January 6, 2021, during the height of the COVID-19 pandemic, millions of Americans and others around the world watched in shock and horror as a group of domestic terrorists hijacked the U.S. Capitol in an attempt to overturn the U.S. election results and harm members of Congress. Emboldened by conspiracy theories, hate-filled rhetoric, and repeated lies, they sought to take back “their America” from politicians and people who did not look like them, vote like them, or believe like them.

What was particularly alarming to many was the fact that these self-identified “patriots” flew signs that read “Jesus Saves” alongside hanging nooses, swastikas, and other symbols of hate for “others” who they perceived as adding to the demise of “their” country. Never once did they seem to stop to look at themselves and the irony of their actions in relationship to their professed commitment to law and order. As an African American woman, devout Christian, and self-identified peacemaker, I pondered in that moment how the name of Christ had been both dirtied by the stains of venom and hatred and showcased to non-Christians in a way that violently misrepresented Scripture.

As I reflect on that infamous day, I think about the important work that the CCCU does in bringing people from different backgrounds and perspectives together. Recently, the CCCU was invited to collaborate with Interfaith Youth Core on a grant called “Christian Leadership in a Multifaith World.” As an ordained minister, I first pondered if this would be in contradiction to my faith. Would working on a project promoting religious diversity be equated with promoting theological universalism and the notion that all roads lead to heaven? Or could this project invite my theological exclusivity to sit at the table? I was pleasantly surprised that the latter was true.

See, I am convinced that Jesus is the only way by which one can be saved. I wholeheartedly seek to fulfill both the Great Commission (sharing the Gospel) and the Greatest Commandment (loving God and my neighbor). I have years of experience preaching the Gospel coupled with zealous street evangelism and witnessing countless comrades do the same. Yet I know that America is not a country with one religion. In fact, our U.S. Constitution says, “Congress shall make no law respecting an establishment of religion, or prohibiting the free exercise thereof.” Simply put, our nation was founded on the freedom of religion, and while I would like everyone to know the love of Christ, not everyone will.

As difficult as this Scripture-based fact is to swallow, everyone is still my neighbor, and I am called to share God’s love with them. For Christians, loving our neighbors as ourselves is not simply a biblical suggestion or a humanitarian nicety but rather a clear commandment and evidence that one is a Christian. So the answer to Tina Turner’s hit song “What’s love got to do with it?” is “everything!”

In 2019, while I was completing a Fulbright in Ethiopia, my family and I were invited to the home of a former classmate of my husband’s for Ramadan. Ramadan is the most sacred holiday for Muslims, and although she and her family knew we were devout Christians, they invited us to break their fast with them by enjoying Iftar, the meal eaten by Muslims after sunset during Ramadan. For some Christians, this might have been taboo, but we knew this was a high honor and, with cultural humility and a healthy dose of curiosity (at least on my part), we accepted. The dinner conversation that ensued was all about how this Muslim friend used to sneak to church when she was younger, and had at some point prayed the sinner’s prayer, yet stopped going when her devout Muslim mother discovered her secret and forbade her to ever go again. Imagine our surprise when she wanted to talk about Jesus the remainder of the evening!

So what does this have to do with Christian higher education, and specifically CCCU campuses? Well it turns out learning and engaging in interfaith work is not only good for society but can also reinforce a student’s Christian faith. According to the 2020 Interfaith Diversity Experiences and Attitudes Longitudinal Survey (IDEALS), students who engaged in interfaith work were not only better prepared to engage a multifaith and diverse society, but interfaith work reinforced their own religious values. In addition, the Association of American Colleges & Universities found that college graduates who have the ability to understand and work with people who are different from themselves are more marketable to employers because employers want to hire culturally competent staff.

As Christian educators and leaders, not only can we help reinforce our students’ Christian faith and make them more professionally marketable, but through interfaith engagement we can help them become more culturally astute and religiously savvy and give them the tools to build lives that respect differences while radiating the light of Christ to a world that desperately needs it. Shalom!