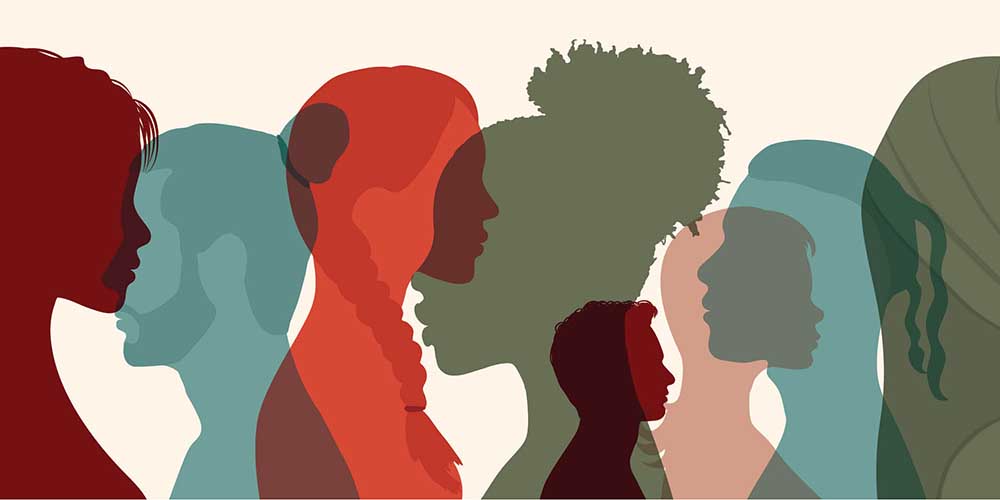 Just as higher education was adjusting to the uncertainty that had resulted from COVID-19 in 2020, the murders of George Floyd, Breonna Taylor, and Ahmaud Arbery prompted a national reckoning with racism and a global outcry. Then, on Jan. 6, 2021, the world watched as rioters stormed the U.S. Capitol with symbols of white supremacy on full display. It was another painful and visible reminder of how far we are as a society from eliminating racial injustice. In this context, Brenda Salter McNeil’s Becoming Brave: Finding the Courage to Pursue Racial Justice Now and Drew Hart’s Who Will Be A Witness: Igniting Activism for God’s Justice, Love, and Deliverance offer a prophetic call to faith-formed social activism.

McNeil’s book combines autobiographical and biblical narratives to cast a vision for courageous action in such a time as this. With humility and honesty, she describes the question, asked at the end of a multiday workshop on racial reconciliation where she spoke, that spurred her to move beyond comfortable conversations about racial reconciliation: “When are you going to start talking about justice?” As McNeil allowed this question to sink into her heart, God began to reveal new insights about what the work of racial reconciliation looks like on the ground.

Becoming Brave shares McNeil’s evolution as a practitioner of racial reconciliation. It also shares the biblical narrative of Esther, a young Jewish woman who was orphaned at an early age, lived in exile in Persia with her cousin, Mordecai, and became an agent of God’s justice in the world. As an immigrant in a foreign land, Esther had to conceal her true identity to ensure her safety. She had to learn a new language. She had to navigate an unfamiliar cultural context. Among the most vulnerable in society, she was also among the most unlikely to replace the King of Persia’s former queen. But that’s exactly what happened: Esther’s journey from exile to palace living was part of God’s divine plan for deliverance for the Jews in exile.

In following the journey of Esther, Becoming Brave reveals how God wants to use each of us for faithful action in the world. McNeil argues that we are all “unlikely activists,” but we are called to respond to what God is doing in the world as Christians. Becoming Brave is an encouragement to those who don’t feel ready or qualified. It is a charge to the church to be active participants in the work of justice. But McNeil doesn’t leave readers without direction; she provides a Gospel-inspired path to eradicating systemic racism that requires not only bold action but even bolder hope.

At a time when such audacious hope is needed for sustained social action and change, Hart’s Who Will Be a Witness? is providential, inspiring, and instructive. It offers a call to the church to rediscover its ecclesial vocation of justice and to restore its public witness in the world. The book begins with analysis of the 1963 Birmingham Campaign, one of the most important desegregation campaigns of the Civil Rights Movement. Hart focuses on the significance of Dr. Martin Luther King Jr.’s decision to move forward and violate a state circuit court injunction against the protests, which led to his arrest on April 12 — Good Friday. Hart draws a parallel between King’s civil disobedience on Passover and Easter weekend and Jesus’ revolutionary action on the first Good Friday. Both provided a revolutionary public witness. Both demonstrated strategic disruption against an established order that served to oppress. Both modeled nonviolent resistance. Both joined in God’s delivering presence and, in so doing, provided a model for discovering the ecclesial vocation of justice.

In Who Will Be a Witness? Hart is not simply calling the church to action in the public square. Living out the call of Jesus requires a complete reorientation of our lives. No longer can we carry out our faith in the cloistered safety of church walls. Nor can we participate in a “domesticated” faith that prioritizes individual salvation over a holistic journey toward God’s deliverance, justice, and shalom.

Hart asks, “Who will be a witness?” not as a rhetorical device, but as an invitation to ignite Christian activism. For Hart, direct involvement in the work of justice is a necessary part of the church’s vocation. But to fully live into its ecclesial vocation, Hart argues, the church must also remember its “troubled history” and identify the roots of Christendom and colonialism. Hart exposes how supremacist mindsets have been woven into American Christianity and “mangled” the church’s sense of vocation. For example, he traces Christian nationalism’s origins back to Constantine the Great, the first Roman emperor to claim Christianity. During his reign, Constantine offered financial support to the church and promoted Christians into office, thereby giving the church more political power and, for the first time, conflating Christianity with the Empire’s interests.

Who Will Be a Witness? is a call for the church to grapple with the set of myths that continue to fuse Christianity with power, politics, and patriotism. It is also a call for the church to follow in the way of Jesus and to fulfill the greatest commandment — to love God and one’s neighbor as yourself. In the tradition of Howard Thurman, Hart reminds readers that love is not theoretical; nor is it sentimental. For Hart, love must seek to restore full human dignity. It must also be rooted in an understanding that our liberation is bound together and that there is an inherent oneness designed in creation. If we are to love God and our neighbors, our faith must be enacted through a Jesus-shaped grassroots participation in God’s work of deliverance. This is the mission and vocation of the church.

Like McNeil, Hart provides a way forward for the church to live into its justice-oriented mission and vocation. It is this vision for the church that also provides important lessons for Christian higher education:

Leveraging the educational benefits of activism can help us fulfill the mission of Christian higher education. The college campus provides an ideal space for students to ask difficult questions, reflect on the social conditions around them, and become Spirit-led critical thinkers who will make their faith active in the world. How can we help students put their education into practice? When students ask for advice or support, what does our response say about our commitment to equity and justice? As campus leaders, how might we leverage our educational mission to help students develop a holistic, active discipleship that makes explicit the connections between their inner spiritual lives and their public witness? Above all else, how might we help students establish right motives for their activism by providing tools to galvanize their faith toward shalom?

Restoring a common memory is essential to the work of reconciliation and justice. To be good stewards of the past and agents of change in the present, colleges and universities can begin by examining the role of activism in the life, history, and faith commitments of the institution. Where might campuses find opportunities to repent and deepen their institutional commitments to justice? What is the collective response to lessons learned? How can institutions face the past, recognizing moments where God was at work? How can this discovery process serve as a reminder of Christian higher education’s essential purpose and provide hope for the future?

Spiritual and vocational discernment are the work of equipping students for shalom. Hart and McNeil both articulate the need to cultivate a Jesus-formed discipleship that helps students understand that the larger purpose of their faith is for participation in a broken world. In this time, how must Christian colleges and universities think differently about preparing students for vocation that includes a picture of shalom? How can Christian higher education lay out a vision of biblical shalom that invites students into the work of racial equity and justice? Hart suggests a three-pronged framework:

Orthodoxy. We must teach basic doctrines and practices of historic Christianity as a foundation for an activated life and faith.

Orthopraxy. We must provide opportunities for students to align their everyday lives and actions so they can faithfully participate in bringing real, tangible justice on earth.

Orthopathy. We must rethink our discipleship practices with an understanding that helping students move toward shalom is also about drawing their hearts to God’s heart for reconciliation and justice.

This is the picture of a holistic love that forms the essential link between Christ’s work of deliverance and the church’s vocation in the world.

Both McNeil and Hart help to expand our imagination of what can be different coming out of this time. They remind us that this moment requires courageous leadership, an honest reckoning with Christian nationalism and supremacist mindsets, and restoration of the church’s true vocation. In their call to activism, McNeil and Hart provide valuable lessons for reorienting institutional life toward justice and shalom, providing a revolutionary response that bears witness to Jesus. Together, they offer timely guidance for those within Christian higher education to find application for their Gospel hope. Their words are a steady voice and needed salve in a time of disruption and fear.

Sandra Mayo is vice provost of inclusive excellence at Seattle Pacific University (Seattle, WA) and chair of the CCCU’s Commission on Diversity and Inclusion.