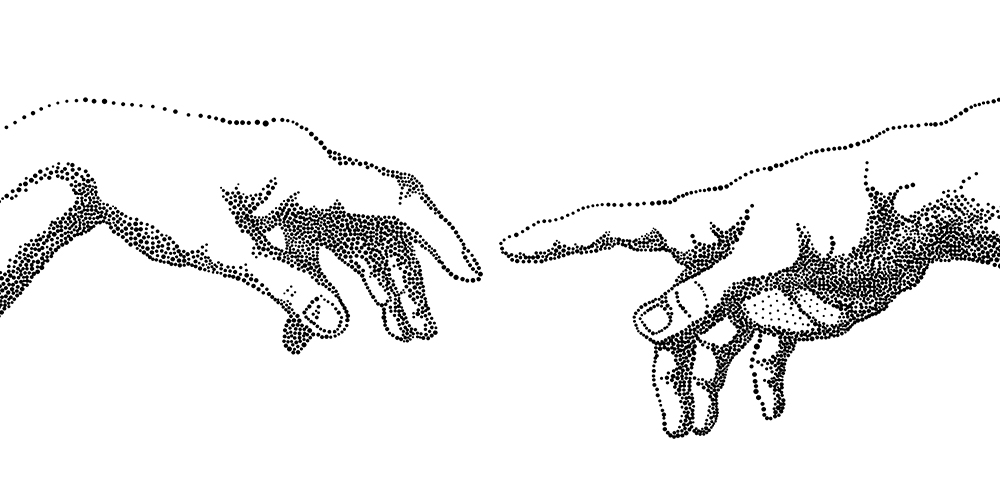 You will undoubtedly get scores of different options and activities designed to reflect an institution’s commitment to racially inclusive diversity. A deeper dive into the institution’s social media accounts will reveal a more extensive portrayal of a commitment to diversity. This can be as simple as posting a meaningful quote from Howard Thurman on Twitter or sharing a lovely picture of Korean fried chicken on Instagram. But why do institutions do this?

A variety of reasons: Accrediting bodies can oblige such commitments. Most administrative staffs include individuals who champion these moves. External groups can provide economic incentives to meet certain diversity benchmarks. At the extreme level, legal threat and social shaming can contribute to these gestures towards ethnic diversity.

Like a good professor, I will say that those answers are “not wrong.” But these should not be Christian higher education’s primary reasons for commitment to racial and ethnic diversity. The above motivations often lead to symbolic yet tepid strides to truly racially inclusive campuses. In many instances, these movements can backfire – superficial gestures may build resentment and reify informal efforts to protect the status quo.

Rather, I encourage the CCCU family to consider commitments to diversity as essential to Christian higher education’s shared goal of (as the CCCU’s mission puts it) “relating scholarship and service to biblical truth.” I suggest the creation narrative as a starting point for thinking through a theology of diversity.

The Bible begins with the bold portrayal of God. Unlike other ancient Near Eastern theologies, Genesis 1 portrays a fiercely monotheistic vision with an absolutely sovereign God. God does not need to contend with other deities, nor struggle with any limitation. He simply declares and results come. The heavens and the earth are created.

And then – again unlike other versions of creation – humans are afforded an elevated place in the creation account of Genesis 1. Rather than acting as a noisy nuisance, the creation of humans is the absolute pinnacle. After the creation of the heavens, the earth, the firmament, and the expansion, God proceeds with his culmination in verse 26 by saying, “Let us make humankind in our image.” To make sure the point is clear, Genesis 1:26-28 repeats that humans are created in God’s image with semantically similar phrases:

Genesis 1:26-28 would get absolutely butchered for redundancy by any writing consultant. Why repeat the same thing four times within two verses? Remember, this is from the same chapter that laconically explains the origins of the world with the maddeningly concise verse 3: “Then God said, ‘Let there be light’; and there was light.” (What? How? Why?)

The redundancies in Genesis 1:26-28 signal that we must reflect deeply on the bold proclamation that humans are created in the “image of God.” Over the centuries, theologians have poured much effort into the decipherment of this phrase “image of God,” though a precise understanding is elusive – probably deliberately so. But at a minimum, we can consider the creation of humans stands as the pinnacle of creation – after he is done, God, in his powerful word, blesses them and declares them as unique bearers of the “image of God.”

I suspect that Genesis 1 is pointing us to care less about the mechanics of the creation process, and to focus on God as the creator. And this divine creator of Genesis 1 makes humans not out of any capricious whim but, rather, as the pinnacle of the creation event. Humans are the only ones worthy of the descriptor “image of God.”

This cryptic descriptor “image of God,” with all of its mystery and controversy, must undergird the approach to supporting racial diversity on our campuses. A true conviction that each human carries the “image of God” would have a profound effect on how much we value diversity within our campuses. Oftentimes, we contemplate the image of God in a hall of mirrors, learning from those who are, in essence, reflections of ourselves. People hold tightly to their own visions of Christianity, even when said traditions reflect a particular culture more than biblical truth.

But Genesis 1:26-28 is crystal clear that the “image of God” is not limited to the people who share the same embodied characteristics. Only by re-imagining the image of God to extend beyond our mirror-image perspective can we truly commit to diverse campuses. If we believe the theology of Genesis 1:26-28, then we must also commit to a deep reimaging of the “image of God.” We must intentionally seek to learn how other communities can teach us about God and our relationship with him. Otherwise, we impoverish our own sense of God when we shield ourselves, unintentionally or otherwise, from seeing how others connect with God.

I can draw one example from my own experience. As a second-generation Korean American, I took my first pastoral call in a megachurch in Seoul, South Korea. During that three-year experience, I learned a Korean Christian tradition that was so deeply distinctive from even my own Korean American Christian experiences. I realized that my vision for ministry was deeply refracted from my own American perspectives. Over time, I grew to appreciate the unique contributions that the Korean church can make to the wider Christian body.

And the Korean sunrise prayer service! At my home institution of George Fox University, we rightly cherish our Quaker institutional heritage, which includes valuing reflective worship with a stillness that is often marked by silence. This is a sharp contrast to my experience with the Korean Christian tradition – let’s just say that Korean sunrise prayer is generally not a quiet experience. Regardless of denominational leadings, Korean prayers tend to be vocally expressive and unrestrained.

Why this difference? Since prayer connects the divine and the human, to some degree, the human experience informs all of our prayers. To harness such richness, we must reimagine an “image of God” far beyond our own narratives to renew our own Christian experience. Korean church historians connect Korean Christians’ expressive corporate prayer to the painful history of Korea as a colonized entity, which begot a prayer style that outwardly embraces the supplicant’s plea for mercy at the hands of a sovereign God.

With the growing diversity of college-aged students, CCCU institutions would do well to give voice to these different representations of the “image of God” and the subsequently different methods of responding to God. Although counterintuitive, such an appreciation of the wide spectrum of worship may indeed serve to unify more than divide college campuses. The rich expressions of worship would solidify the stated goal of transformation of student lives. Our richly diverse student communities are the greatest resources for nurturing a transformation, empowered by the diverse expressions of the “image of God.”

The writings of Howard Thurman and the taste of Korean fried chicken are a start to this work. How different would CCCU institutions look if we were truly to embrace the Imago Dei as presented in Genesis 1:26-28? We can only imagine.

Roger Nam is dean of Portland Seminary and a professor of biblical studies at George Fox University (Newberg, Oregon).