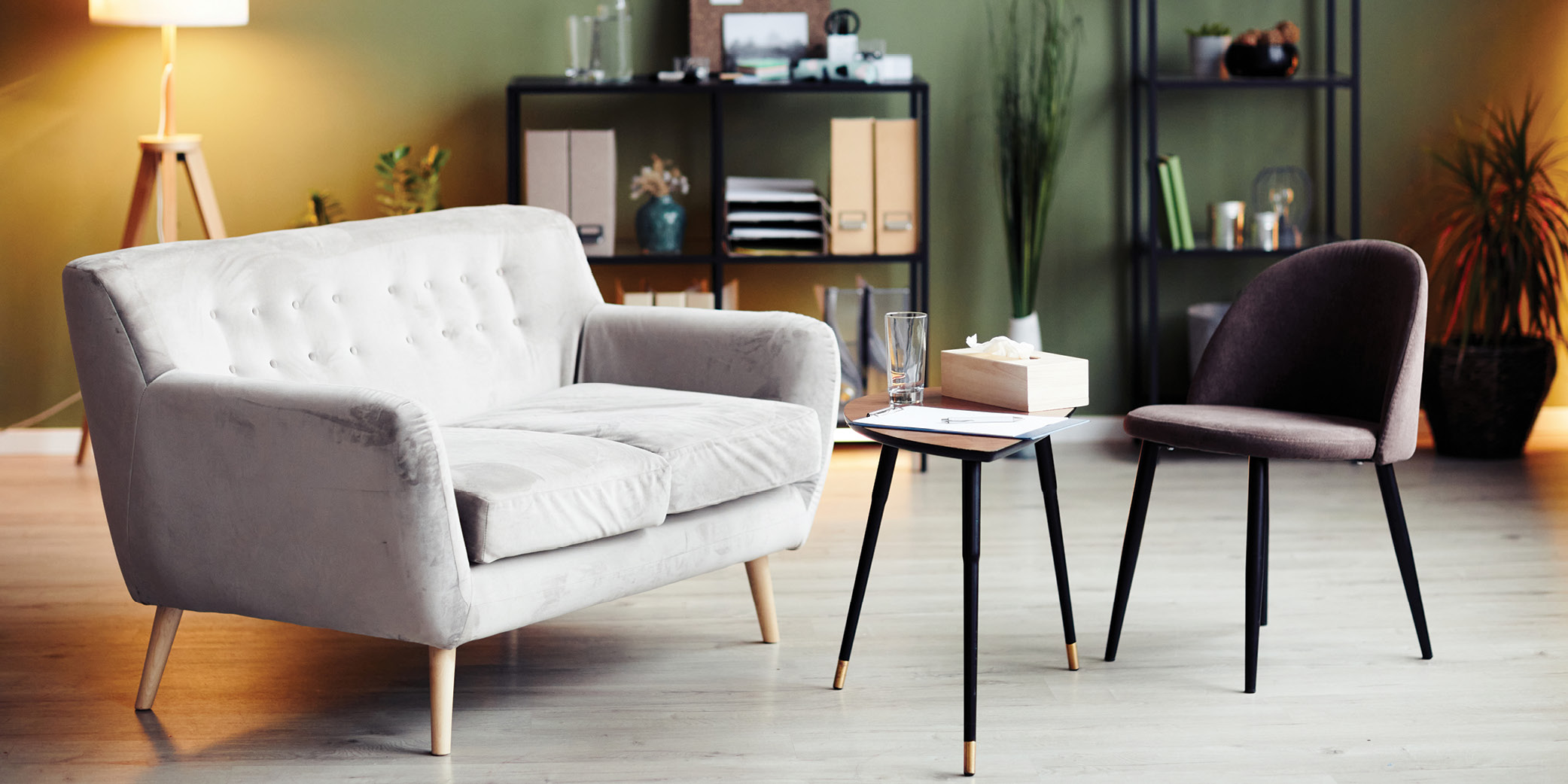 Counseling and Sexuality on Christian Campuses

Mark A. Yarhouse, Janet B. Dean, and Stephen P. Stratton

In recent years, there have been several surveys conducted at religious institutions of higher education seeking to learn more about the experiences of sexual and gender minority students seeking and/or being referred for counseling services.

One such survey was published in 2021 by College Pulse on behalf of the Religious Exemption Accountability Project (REAP) and discussed in an Inside Higher Ed article (“Being LGBTQ+ on a Christian Campus”). One person quoted in the article claimed the survey showed some students “face mandatory counseling, reparative therapy, and loss of campus privileges when their identities are brought to the attention of campus administration.” The context of that quote made it seem as though this was common, but findings of the survey itself showed that it was a very small percentage — less than 10% of students indicated they were “suggested counseling” or other efforts to change their sexual orientation or gender identity.

At the same time, we know that sexual and gender minority students do indeed seek out mental health services at their college or university. In the research done for Listening to Sexual Minorities: A Study of Faith and Sexual Identity on Christian College Campuses, 34% of participants reported that they had already gone to the counseling center for assistance, and another 15% indicated that they would go. This makes sense given the concerns raised in various studies about potential health and mental health disparities for sexual and gender minority students both at private religious institutions and at public universities (see, e.g., “Queer-Spectrum and Trans-Spectrum Student Experiences in American Higher Education,” Greathouse et. al., 2018).

Thus, the REAP research and subsequent discussions made us wonder: How do counselors at Christian colleges and university counseling centers actually respond to sexual minority and gender minority students who seek mental health services?

The Approach We Took

To answer that question, we developed a study with a goal of better understanding the counseling and referrals provided at CCCU member institutions when students seek services for concerns related to sexual or gender identity. Counseling staff in these settings have a unique role when one looks across college mental health centers in higher education. Counselors, like those in CCCU schools, navigate the counseling needs of the students, the mission of the college/university, and the ethics of their particular professional associations. We sought to gain a better understanding of how staff think through different goals in treatment, particularly in light of recent claims that students who seek services at counseling centers at CCCU institutions may have negative experiences.

Staff in these settings learned about the study via email invitation from the counseling center director. Staff who were interested in participating in the study were then directed to a secure, anonymous questionnaire.

A sample of 81 staff members reviewed six different clinical vignettes that presented variations on sexual or gender minority students seeking services at their college counseling center. We presented scenarios related to faith and sexuality or gender: how being gay fits with their Christian faith; dating the same gender; feeling troubled by same-sex attractions and requesting help to not act on feelings in relationships; feeling troubled by their same-sex attractions and requesting SOCE; responding to teasing and harassment; and identifying as transgender.

We asked counselors at CCCU schools to rank how they would respond to the various requests for services by providing options that represented ways to respond that align with traditional religious teaching, align with institutional policies, align with student values and goals, align with an “affirmational approach” (that is, emphasis on the student as a gay person regardless of policy), and align with sexual or gender change goals. Participants could also indicate on a five-point Likert-like scale from Definitely Not Discuss (1) to Definitely Discuss (5) how likely they were to discuss any of these considerations if the student did not object. We also asked them to rank on a five-point Likert-like scale from Extremely Unlikely (1) to Extremely Likely (5) that they would refer a case out based on the information obtained.

There was great consistency in how staff indicated they would approach these clinical concerns about sexuality and gender. Across the board, therapists prioritized treatments that focused on students and adapted to how students best engaged and processed the questions they were struggling with. In fact, 9 out of 10 counselors ranked a student-focused intervention as among their top two preferred options, and 95% would likely or definitely discuss students’ own processing, questioning, and values.

This emphasis on shaping therapy around students may explain how staff ordered the other treatment options. For example, in addition to first using a student-focused approach, counseling staff tended to next emphasize an affirmational approach to the student as a gay person regardless of institutional policies. (The phrase “affirmational approach” may have meant different things to different respondents, as it could convey just acknowledging the reality of the student being gay, or it could have been taken to mean walking with a student who may be stepping into or reflecting an identity or affiliation with the mainstream LGBTQ community, or something along those lines.)

The two exceptions to this were when the vignette specifically presented a student wanting to steward their sexuality within the bounds of their faith or a student sharing they are transgender. In both cases, staff tended to prioritize a traditionally religious approach to help students respond to their questions regarding sexuality and behavior second to the student-focused approach. Across all scenarios, the likelihood of discussing various approaches was largely dependent upon students’ presenting concerns.

When it comes to addressing institutional policies with a student and helping them align with policies, staff generally ranked that fourth. The exception was with the scenario in which the student presents with concerns about the school’s policies — even then, however, it was still ranked as less important than having a student focus and an affirmational approach. About half of the clinicians would be likely or very likely to include some discussion of institutional policies in their work with the students. In light of the community context for Christian higher education, it is presumed that understanding the influences of the unique environment at CCCU schools might be important, even in the more common student-centered approach.

Regardless of student concerns, and even when the student presented with wanting to change attractions, clinicians ranked the approach of shifting sexual attractions as the least prioritized treatment option for all vignettes. Shifting sexual attractions would be the closest to what is referred to as sexual orientation change efforts (SOCE) or the equivalent with gender identity change efforts (GICE). Across all scenarios, 80-90% of the clinicians indicated they most likely would not include this approach in their conversations with students unless students specifically asked for this topic to be included.

Interestingly, staff were not likely to refer students to outside treatment providers. Only about 10% indicated some likelihood of doing so in each of the vignettes. The counseling scenarios in our study seemed to be managed first and foremost by campus services, not outside religious or counseling agencies.

The one exception to these low referral rates occurred when the student presented with a desire to change their sexual orientation. Here, just over 30% reported being likely or very likely to refer such students to counseling services external to the campus. In commenting on reasons for referral, clinicians most often cited clients’ goals, ethical and clinical concerns about conversion therapy, and lack of competency in this area. Several clinicians indicated that they would discuss their concerns, including research findings, with clients seeking this kind of treatment.

While research continues to survey the experience of sexual and gender minority students seeking counseling at Christian colleges and universities, there has been less research sharing the perspective of the counselors themselves. Since the discussions shape public perceptions of Christian college counseling services, having this information is helpful in correcting the narrative.

Our findings showed counselors respond primarily in a student-focused manner because they want to help the students clarify for themselves how they process and respond to their counseling questions. This came as no surprise to us, given our own experience; it also is in line with the training that counselors receive for professional practice.

But it might come as a surprise to those who assume counseling services on CCCU campuses must be dominated by an institutional agenda or a values-based approach that focuses exclusively on conventional religiosity. Yet the responses from these 81 professionals show a more balanced, nuanced approach that seems very much in keeping with what might be expected from all mental health professionals, including those caring for students at a Christian college or university.

It is important to hear from those professionals who provide counseling services at CCCU institutions. Besides speaking to misperceptions of others outside of these settings, such information can inform future counselor center training related to care for sexual and gender minorities. This approach can also be incorporated into an overall campus response to students navigating sexual or gender identity and faith, so that students are seen, heard, and respected in ways that serve their mental health needs as they navigate sexual, gender, and faith development in the college years.