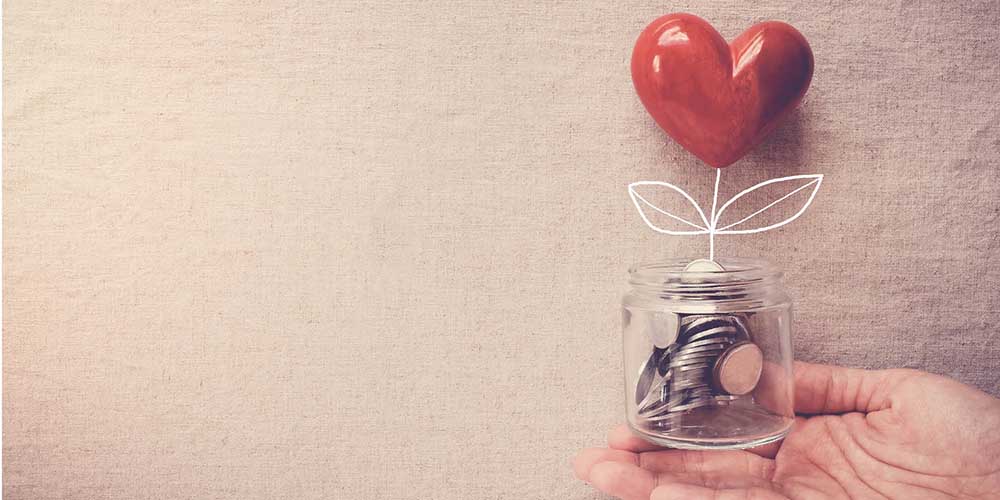 Why the Charitable Deduction Matters

The U.S. is unusually charitable for a wealthy country; its citizens regularly contribute 2% of its GDP (nearly double New Zealand, next on the list). The $309 billion given by households supports a wide range of social goods. As of 2019, the top four recipients of giving are religious organizations ($128 billion), education ($64 billion), human services ($56 billion), and foundations ($53.5 billion).

But this level of giving is never a guarantee. As we will explore below, a key factor to the U.S. population’s level of giving rests in economic incentives. If those incentives change — as they have in recent years — then institutions, including Christian colleges and universities, will likely see a decline in financial donations.

The Economic Benefits of Giving

One principle of economics is that individuals respond to incentives. Whether you lower the cost of an action or raise the benefit, either step will encourage individuals toward the action. Charitable giving is no different. There are many studies that find that raising the tax deductibility of charitable giving leads to higher levels of giving, and the opposite is true as well. For those donating dollars to a qualified organization, the additional dollar given costs them less than $1. If these individuals face a marginal income tax rate of 20%, the dollar of giving (which is subtracted from their taxable income) only costs them (1 – 0.20) = $0.80.

While there has been plenty of research connected to the economics of giving, my colleague Jeremy Thornton (associate dean and professor of economics at Samford University) and I wanted to take the research on giving even further by considering household religiosity and its impact on giving behavior. We explored giving behavior by households separated by religiosity using data from the early 2000s, a time period that includes multiple tax policy changes, allowing us to see how giving changes in different situations. In our data, the Center on Philanthropy Panel Study (COPPS), roughly 84.4% of individuals report a religious affiliation of Christian or Jewish.[1] Of these, 48% attend services at least twice per month, the threshold we use to identify devoted households.

There are large differences in giving behavior across households’ devotion. We find that 82% of devoted households give, compared to 53% of the non-devoted. The giving amounts vary widely, too — on average, devoted households give $2,055 annually, while non-devoted households give $498. If individuals give out of a religious motivation, then changing the tax treatment of charitable gifts should matter less. However, for giving that is not motivated by religion, tax treatment matters much more. We find that charitable giving moves inversely to income tax rates, but the change in giving is proportionally smaller than the change in tax deductibility.

Key to understanding the impact giving changes will have for Christian colleges and universities is understanding what it means for giving to be “religious.” The COPPS designation defines religious giving as “for religious purposes or spiritual development” — deliberately excluding giving to organizations like Catholic Charities or a Christian university. All other giving — to be clear, this includes giving to CCCU institutions — is secular.

Since gifts to Christian colleges and universities are considered “secular,” changes to giving incentives have a greater impact. Giving directed at secular causes is more responsive to tax treatment than is giving to religious causes. When the tax-price rises, people are less likely to give a secular gift, even though it does not change their religious giving. However, the amount given across all kinds of gifts falls when the tax-price rises.

Thus, raising the tax-price will have both a negative impact on the receipt of university gifts and a stronger negative impact on the size of the gifts received. Our research found that increases in the tax-price of giving have the least impact on devoted household giving to religious causes (good news for your churches) and the greatest impact on non-devoted households giving to secular causes (bad news for private, non-religious institutions of higher education). The impact for CCCU institutions likely falls in the middle.

The size of a donor’s gift also affects their likelihood to give when tax incentives change. Large donors are not very responsive to changes in the tax-price of giving, no matter their religiosity. Rather, it is the small- and medium-sized gifts (annual giving of $50 to $500) to secular causes that are most responsive — a serious impact on universities, since many gifts to universities are in this range. In other words, reducing the tax deductibility of smaller gifts has a negative impact on any organizations that rely on donors who give these intermediate-sized gifts — such as younger donors to a university.

While the tax deductibility of charitable contributions remains, the dramatic increase in the standard deduction in 2018 due to the Tax Cuts and Jobs Act led to a sharp reduction in the percent of households that itemize. In 2018, only 11.4% of households itemized in their tax filings, compared to 31% in 2017. Since only those who itemized in 2018 received the charitable tax incentive, this law reduced many taxpayers’ ability to claim tax deductibility for their charitable giving — thus reducing their incentive to give to secular causes, including Christian higher education.

When the tax deductibility changed, first in 2017 and again in 2020, nonprofit organizations closely followed the policy debate. There are clear implications for private, nonprofit institutions of higher education, particularly those in the CCCU. In order to predict behavior, we can look at past changes in tax law and the resulting behavioral response for different groups.

Given the sliding level of devotion in the United States, it is likely that givers to Christian higher education span both devoted and non-devoted groups. Since giving to education is considered secular giving, it becomes more important to advocate for giving among your stakeholders.

[1] While there is a sizeable Muslim population in the United States, as well as other non-Judeo-Christian affiliations, in the COPPS dataset the number of individuals reporting such affiliations is too low for meaningful analysis. This is why we focus on Jewish and Christian households only.

The International Impact of COVID-19