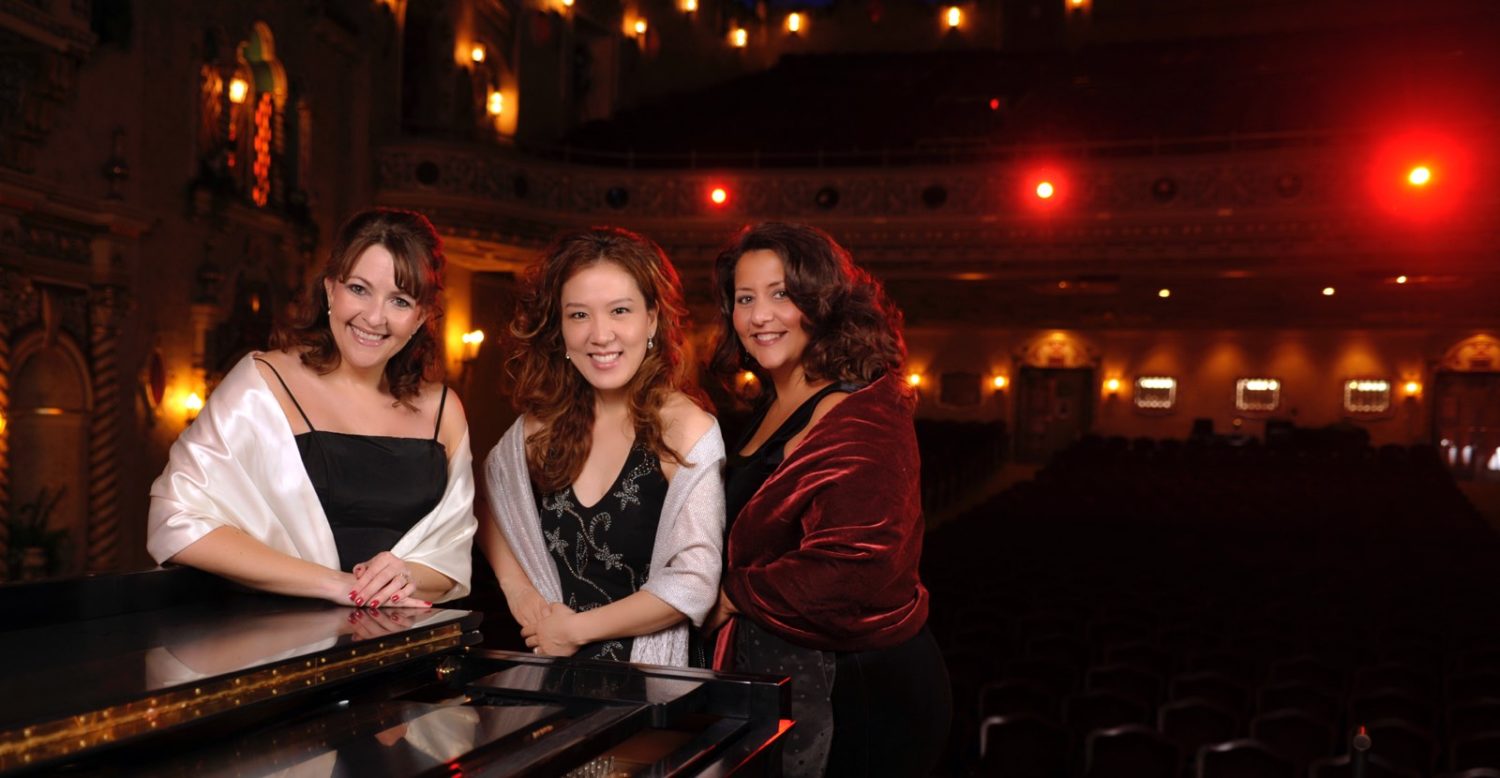 GRAND RAPIDS, Mich. – Thanks to a grant from the CCCU, a team headed by three female CCCU faculty are working to revive the soprano duet, once popular for communicating messages of love and loss, to vocalize a new message: the power of women.

Lisa Dawson, Tammie Huntington and Phoenix Park-Kim are the members of Soprani Compagni, an ensemble of “soprano companions.” Dawson and Huntington are both music professors at Indiana Wesleyan University (IWU) in Marion, Indiana, where they co-direct the opera workshop and opera theatre together. Park-Kim is a piano professor at IWU who has performed in venues around the world.

Dawson and Huntington first met at Ball State University during their graduate studies, where they collaborated on the opera stage. They reunited after each joined the IWU faculty at different times, and it was there they formed Soprani Compagni with Park-Kim.

Together, the trio modeled collaboration, compiling and performing a number of soprano art song duets, oratorio and opera scenes, as well as commissioning new works for soprano duet. Their performances included a Carnegie Hall debut in March 2012.

In March 2015, Soprani Compagni received a grant from the CCCU to assemble a team of 12 award-winning composers from across the United States and Korea for the purpose of commissioning new soprano duets—a notable task because of how few new works like this have been created in recent years.

““[The soprano duet] hasn’t been popular for hundreds of years, so no one has written soprano duet music for a long time,” said David Fuentes, a professor of composition and theory at Calvin College in Grand Rapids, Michigan, who was one of the composers that joined the project.

The grant was part of the CCCU’s Networking Grants program, which mobilizes faculty to create and disseminate high quality scholarship that brings Christian voices into contemporary academic conversations. Endowed by Walter Hansen in memory of his parents, the grants also promote collaboration between faculty from multiple CCCU institutions, as well from Christian scholars at institutions outside the CCCU.

When developing the central theme for the project, the group realized that they were drawn to stories involving strong women who embraced all that God had called them to be and dared to change the world. “So much music for sopranos is themed around love and loss, unfulfilled dreams, etcetera. We wanted to highlight more than that about women,” Huntington said. “We mentor many college women who pass through our studio doors, and we wanted to present music that would inspire them as performers as well as listeners.”

“Talking to students and colleagues about the idea of the project has been neat because no matter what age you are or where you’re at in life, there is a place for you in the artistic world, and you should pursue what you’re inspired by,” Dawson added.

As they commissioned each composer, Soprani Compagni allowed each one to choose women they wished to write about. As a result, some of the pieces featured biblical characters, famous poets, and other historically significant women.  Other composers chose to utilize fiction to demonstrate issues faced by women throughout the ages.

For Fuentes, the project’s focus was a great opportunity for he and the other composers to explore women’s voices in music. “Most people find this story very compelling because that’s part of what this project addresses: Women have a voice,” he said.

As they’ve performed the newly developed works, Dawson and Huntington have found a personal connection with each piece, especially with composer Todd Syswerda’s “Who Am I?”, which portrays biblical characters Mary and Elizabeth. “‘Who am I, that you should choose to use my common life in ways I’d never guess?’ That is how all three of us have felt about this entire project,” Huntington said. “God has opened doors and blessed us in ways we never dreamed of just a few years ago.”

“And when a young singer says, ‘I want to go practice!’, or a young man or woman says, ‘I want to pursue my project and dream after seeing this tonight!’, that brings the most joy to our hearts,” Huntington added.

Park-Kim has enjoyed the uniqueness of this project as a pianist. “It has been an interesting journey, especially supporting two different dimensions with piano for a soprano duet,” she said. “It has been fun working with 12 composers that have brought such rich, diverse music to us.”

Dawson hopes that the audience members of these performances are moved by the stories of these women, and that they would be inspired to pursue the arts in their own way as well.

Touring in Asia and America

Thanks to the Networking Grant, Soprani Compagni was able to present the project at a number of events, including a symposium at IWU, presentations at the College Music Society and the National Opera Association national conventions, and a tour on two continents: Asia and North America.

For their Asia tour, Soprani Compagni performed in South Korea, Hong Kong, and mainland China in September 2016 for two weeks. Since then, they have returned to the States, performing multiple times in Indiana, as well as California, Colorado, Ohio, Minnesota, and Michigan. Many of their recitals have taken place at the universities where members of their composer team teach, but they have also performed in church services, performing artist series, and events celebrating women.

The last performance of their American tour was Saturday, April 8, at Calvin College, where they performed the piece Fuentes composed in collaboration with author Nikki Grimes: a three-part piece about biblical sisters Mary and Martha.

The group’s next performance will be this August, where they will be performing and lecturing in Stockholm, Sweden, at the International Congress of Voice Teachers. “All of our composers will be exposed to voice teachers around the world, which is really exciting,” Dawson said.

Jacquelyn Hubbard is a junior at Calvin College (Grand Rapids, MI), where she is studying secondary education and English.