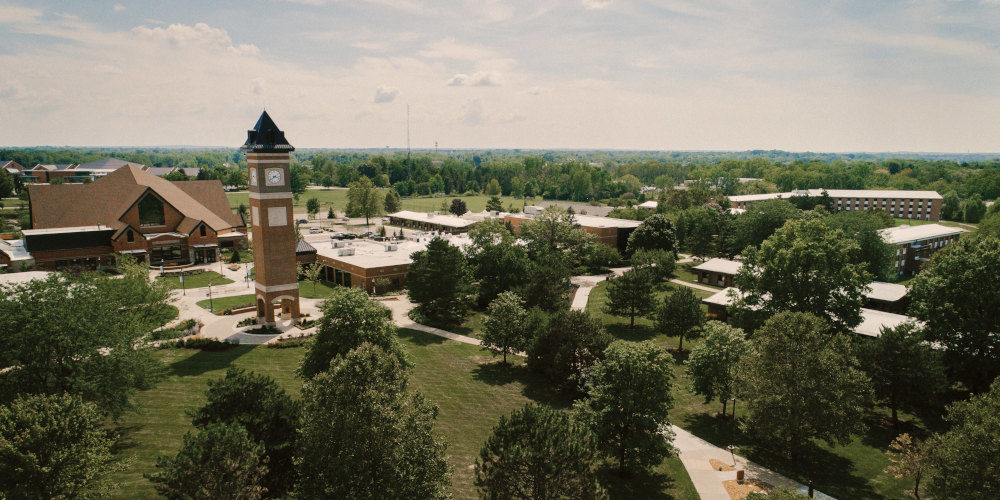 The Power of Creativity

Creativity is powerful. So powerful, in fact, that one professor’s desire to incorporate the topic of creativity into his students’ coursework transformed the way his students thought (a skill that has paid off for several in their post-graduation job hunt) and expanded from a single course to an entire honors program in less than a decade.

Don Perini is a professor of creativity and innovation at Cornerstone University in Grand Rapids, Michigan, and, more recently, is now the director of the Creativity and Innovation Honors Institute (CIHI), a brand-new secondary major that Cornerstone Students can pursue as of the fall 2018 semester.

Like other honors programs, CIHI places an emphasis on great books and engaging ideas at the heart of a liberal arts education. But CIHI goes a step further, Perini says, because at its heart, it is a program meant to develop skills, not just expand thinking.

“I want students to focus on developing skills like design thinking, empathy, storytelling, and how to fight self-doubt, fear, distractions, and perfectionism,” Perini says. “These are skills needed in the marketplace.”

One of the foundations to the program is the focus on design thinking, a solution-focused way of thinking that uses observation, brainstorming, prototyping, and implementation to assess if a proposed solution is indeed the best option. Since so many ideas are created in the process, there is less worry about a single idea’s failure; in fact, often analysis of the effectiveness of a solution leads to a better understanding of the problem, which in turn prompts new ideas for a solution.

Perini knows first-hand how this kind of thinking can transform a person’s life, because it transformed his own when he first began studying it nearly 10 years ago. In seeing his own transformation, he proposed an elective class dedicated to creativity, innovation, and problem solving using this design thinking model, which Cornerstone approved.

In the first class, 12 students enrolled. Perini would only teach for 15 minutes or so, and then students would work on their design projects, spending time revisiting mistakes and improving on what they had done before.

This is the key to design thinking, Perini says – the emphasis on the process, especially on revisiting and revising mistakes, and not the product itself. That can be a challenge, because it is a new way of thinking for many students. “For some students, this is their sweet spot; it is finally a class they can thrive in,” he says. “Other students can find it difficult – they do well on traditional tests and research papers.”

Despite the challenge, that first course was a tremendous success: When it was offered a second time, 70 students signed up.

At the time, Perini says, Cornerstone was reformatting its core curriculum, so Perini’s class was added first as a core class and then, when it continued to see tremendous success among students, as a minor. It quickly became one of the institution’s largest minors, and students were rapidly seeing the benefits of this new way of thinking.

One student had struggled with extreme self-doubt at the start of her time in the minor; now, Perini says, she can speak confidently in front of large groups and share her experiences in the program. Another student, who had struggled academically before taking Perini’s classes, went on to graduate and immediately landed a job with a major national company because of the skills learned in the minor. In fact, Perini says, the employer only asked questions about the minor because they were so interested in the skills being taught in the program.

The new CIHI program is offered as a secondary major, Perini says, because this form of thinking works best alongside students’ chosen major to create more-prepared and wellrounded individuals. Talents are natural, while creativity is developed, he says. Thus, CIHI will enable students to develop the creative skills necessary to support their natural talents in their chosen major.

Perini attributes the success of the program not to the particular curricula involved, but rather to the transformation that happens in a student’s thinking. The goal is that by the time the students are done with the program, they can express how they have overcome perfectionism and self-doubt, and they can see what success looks like in ways they might not have imagined before.

Not only does this process give students greater self-confidence and improved skills to persist through tough challenges, but it gives them a new perspective on how God created them to work in the world, Perini says.

“Our role is to do redemptive work,” he says. “This program is designed for students to see themselves as capable and confident, and this comes from having a full picture of [what it means to be made in] the image of God. As students begin to see themselves as God sees them, they are going to find their work to be meaningful and important.”

Jess Dunning, who holds a B.S. and M.S. from Grace College, served as the 2018 intern in higher education at the CCCU.

Meeting a Different Kind of Need

Talking in a Different Tone