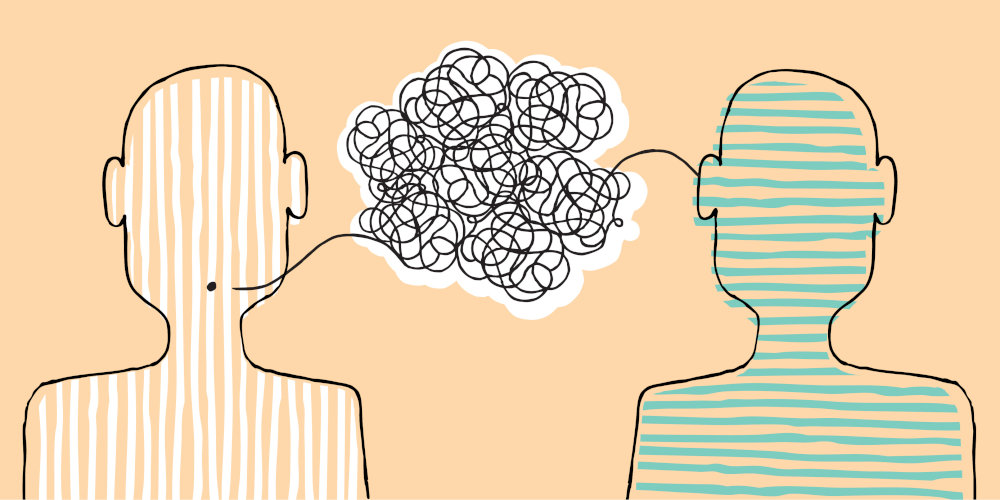 The Courage of Curiosity

There is an outstanding interview later in this magazine (p.44) that I hope you’ll read. In it, Cherie Harder (president of the Trinity Forum, who previously served in the George W. Bush administration) and Michael Wear (who served as former deputy director of the White House Office for Faith-Based Initiatives during former President Obama’s first term and ran evangelical outreach for his 2012 re-election campaign) discuss with Peter Baker (director of the CCCU’s American Studies Program) some of the causes and effects of our increased tribalism. They make several astute observations, but one particularly struck me: Our increased isolation from people who think differently is making our views more extreme.

The Spirit told Philip, “Go to [the eunuch’s] chariot and stay near it.”
Then Philip ran up to the chariot and heard the man reading Isaiah the prophet. “Do you understand what you are reading?” Philip asked.
“How can I,” [the eunuch] said, “unless someone explains it to me?” So he invited Philip to come up and sit with him.

Philip and the eunuch were different in almost every way. The eunuch was a different race, came from a different place, followed a different religion, and, as a castrated man, would not have been treated with the same social status given to a male like Philip. In a recent sermon I heard on this passage, the pastor reflected on how Philip approaches the eunuch. In spite of all of their differences, Philip stays close to him. And in spite of the fact that Philip knew the passage in Isaiah that the eunuch was reading referred to Jesus, he displays a posture of curiosity. He asks before he answers. He listens before he talks. He waits until the eunuch invites his input before he gives it. The pastor also noted, however, that Philip would have never been in a position to converse with the eunuch had he not stayed near the chariot of this person who was so different from him in almost every way.

I’m struck by how countercultural this encounter and Philip’s posture are in our current society. Too often, as Christians, we fall prey to the same traps as the culture around us. For our convenience, it is easiest to surround ourselves with people who look like us, think like us, believe like us, and are in the same social strata. This is not to say that Christians are monolithic in these attributes, but it is possible to be a Christian and yet to be just as tribal as the world around us.

And yet here we see that Philip put himself in proximity to someone different than himself and sought out a relationship with him. We see that he exercised humility in doing so. I am struck that Philip did not impose himself or his opinion on the eunuch; instead, he waited until he was asked. First, he listened.

In law school, you are taught never to ask a question that you don’t know the answer to. While that is sound advice for a lawyer, I’ve since learned it is bad advice for a mature adult, and especially for a Christian person. Philip here asks a question without knowing what the eunuch will say. I take heart in his example. I know that I sometimes find myself fearful to talk to people who I know have different experiences or beliefs from my own; or to ask a question that I know may lead to hearing hard things; or to being asked questions that I don’t know the answer to, that create a crisis of belief for me, or that have an answer that is hard for them to hear.

We are also people who have hope. Therefore, no matter the depth of the challenge, hurt, or disagreement, we have hope – not only that God is at work now because his kingdom is coming, but also that someday all will be made new; all will be made right. This allows us to embrace any challenge, because we know God can enter into any situation and bring healing, redemption, and restoration.

This means we can ask people with different political opinions about why they hold their views, in order to listen and to try to understand. This means those of us who are white can ask our brothers and sisters of color what we need to know about our privilege, even when it is hard to hear. This means that those of us whose lives have benefited from the colonization of the Americas can ask indigenous persons to tell us what this has cost them, and we can grieve alongside them with open hearts and open minds. This means we can ask LGBT people about their experience, how they have been hurt or isolated or otherwise left behind instead of loved, and we can respond with the love of Christ. This means we can ask someone who doubts or dislikes Christianity, or who has been hurt by or is angry at the church, to share their story without responding defensively.

Proverbs 18 advises us to listen before we speak and admonishes that an intelligent person is always eager and ready to learn. Curiosity is an attribute in short supply. Curiosity requires a level of assurance that you can withstand the unknown. Because of our faith in Christ, we can withstand anything. May our faith, therefore, drive us to be people who are curious – not merely as an intellectual exercise, but rather because we truly desire to know others. We can know people different than you or me, who are also made in the image of God and are endowed with dignity. In knowing them, we can learn new things about ourselves; about others; and, most importantly, about God.

SHAPRI D. LOMAGLIO is the vice president for government and external relations at the CCCU. A native of Tucson, Ariz., LoMaglio is a graduate of Gordon College and of the University of Arizona’s James E. Rogers College of Law