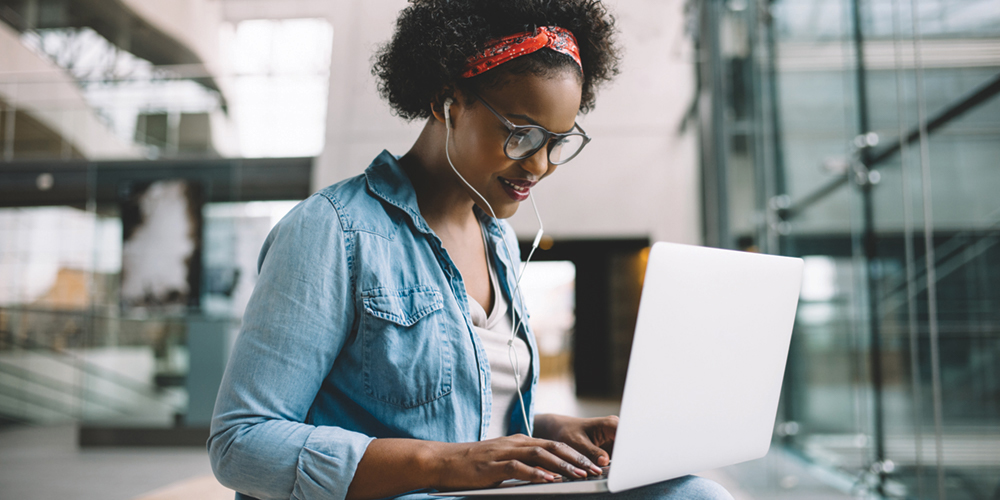 It’s a story familiar to many CCCU faculty and administrators: A student who is a year or two (or more) into their studies realizes they want to switch their major to a program that better meets their own interests and career goals. But some courses they need aren’t offered every semester or even every year, so those students have to stay an extra semester, another year, or even longer in order to graduate. That means a greater financial burden on the student and the family and, in some cases, a greater risk that the student might transfer to a different institution or not even finish their degree at all.

For Sierra Chavez, a current student at Judson University in Elgin, Illinois, the story starts the same but has a different ending.

During the spring semester of her second year, Chavez decided to switch her major from music business and entrepreneurship to communication studies. She knew the program was a better fit for her, but she also knew it could interfere with her plan to try and graduate within three years. In many ways, hers was an ideal scenario: The classes she took for her initial major met all of the general education requirements of her new program, so all she had left was to take the classes required for her major.

But there were a couple of prerequisite communications classes she still needed, including one required for several upper-level classes coming up in the fall. Some of those upper-level classes are only offered on alternate years at Judson, says Brenda Buckley-Hughes, chair of the speech communication and performing arts department at Judson and one of Chavez’s professors; missing a prerequisite for one of those classes could mean a long wait – and a greater financial burden for Chavez – until the class was next offered.

However, Judson’s registrar’s office let Chavez know there was another option: An online course from another university that she could take in the spring would fulfill that prerequisite course slot and allow her to take her upper-division communications classes in the fall.

Earlier that year, Buckley-Hughes and other faculty members at Judson had been asked by the registrar’s office to look over a list of online classes from other campuses to see which ones might be comparable with required classes in their department. Based on the list of classes Buckley-Hughes selected, Chavez was able to find a pre-approved course that fulfilled her introduction to public speaking requirement in time to sign up for those fall classes. Thanks to that, and the option to take two more classes online in addition to her other coursework, Chavez will achieve her original goal: to graduate this spring and begin her career.

Because of a new initiative from the CCCU, other CCCU students like Chavez who are at participating institutions and need the option to take an approved online class or two to stay on track for graduation will now be able to take CCCU classes from institutions across the country – an opportunity that not only saves them money but also helps CCCU institutions improve completion rates, expand enrollment in various courses, and potentially even broaden their academic offerings, all with minimal expense.

Launched in February, the CCCU Online Consortium enables CCCU institutions to share online courses across a common platform with peer institutions that embrace a Christ-centered mission. The platform is built by the College Consortium, a national organization that several CCCU institutions like Judson were already part of prior to the formation of the CCCU’s consortium.

By utilizing the resources the College Consortium provides, CCCU institutions can easily find, review, and enroll in courses from other institutions listed on the site. Since faculty control the courses that are available to their students, they can ensure that the chosen classes are in close alignment with the curriculum of their program, says Will Friesen, senior advisor for the College Consortium.

Friesen, who previously worked as a faculty member and academic administrator at three CCCU institutions prior to joining College Consortium, knows firsthand the benefits a resource like the CCCU Online Consortium can provide for students and for the institution. “The CCCU consortium helps to improve both student and institutional outcomes by providing an expanded offering of high-quality, faith-based online courses while at the same time increasing revenue, student retention, and degree completion.”

Buckley-Hughes, who has been teaching for 40 years, still prefers the benefits of face-to-face discussion with her students, but she also recognizes how circumstances can interfere with students’ ability to take certain courses and graduate on time. One of the ways she helps mitigate the absence of face-to-face teaching for students like Chavez who are taking online courses is to make sure to check in with them regularly throughout their course to ensure their experience meets Judson’s standards.

Chavez says one unexpected benefit from one of her online courses was being able to gain communications skills she might not have otherwise obtained. “I needed to take a media theory class, but I ended up taking a social media class [to fill that slot],” she says. “Judson doesn’t currently offer a specific social media class, so getting the opportunity to take that class has given me so many more skills for my future career that I wouldn’t necessarily have acquired otherwise.”

For some, the new online consortium opens up a world of possibility even beyond improving graduation rates and expanding student opportunities.

Ed Ericson has served as the vice president for academic affairs and dean of the faculty at John Brown University (JBU) in Siloam Springs, Arkansas, since 2002, and he’s been on the faculty there since 1994. “This [CCCU Online Consortium] is the most exciting thing I’ve experienced in my 35 years of academia,” he says.

JBU is one of a handful of CCCU institutions who are looking at the online consortium and envisioning not only picking out some classes to supplement students’ coursework on campus, but also thinking of ways this could both expand degree opportunities and prevent faculty and course reduction.

For example, Ericson says, JBU currently offers an online-based M.S. in cybersecurity, as well as a cybersecurity concentration for its MBA program, which students can earn entirely online or in a hybrid model. Given the rapidly growing demand for cybersecurity degrees, other CCCU institutions are interested in expanding their offerings at the graduate level, but they may be starting from scratch and facing the challenge of hiring all new faculty and building a critical mass of students to sustain the degree, he says.

Conversely, since JBU is so close to the headquarters for Walmart and other national companies, there is a demand for graduate degrees in data analytics in the region. But while JBU has some classes in this field, it currently doesn’t offer any data analytics concentrations or degrees at the graduate level; they also would face the challenge of maintaining a critical mass of students in order to launch a degree, Ericson says.

However, at least one other CCCU institution is in the midst of setting up their own data analytics graduate degrees. Thus, Ericson says, “their students could take our classes for cybersecurity, and our students could take their classes for data analytics – neither of us would have to hire a full-time professor, and we would both get an additional concentration beyond what we are currently able to offer.”

There are, of course, several obstacles to navigate in such an endeavor, Ericson says. The biggest one is handling accreditation for such degrees, especially if partnering institutions are located in different accreditation regions. However, with the help of both the College Consortium and the CCCU, which has established connections with all of the regional accrediting bodies in the U.S., Ericson feels confident that these kinds of obstacles can be navigated.

At the CCCU’s Multi-Academic Conference in February, Ericson met with a group of provosts and senior leaders from across the CCCU and the College Consortium to talk about such opportunities. In addition to degrees like cybersecurity and data analytics, those who attended the meeting also raised the possibility of being able to expand program offerings in such fields as health care, computer science, or criminal justice.

But, as Ericson realized, there’s also a possibility not only to add programs but also to prevent the loss of current programs as well.

“I was talking with [another CCCU institution] that is looking at having to reduce or eliminate some of its language programs. Well, I need to find more language opportunities for our students,” he says. “If they are able to put courses like that online, we would have students interested in those programs, and it could help preserve the program at another school. It’s more fun to talk about how this could help us grow, but there is a reality of it helping to prevent cuts and reductions.”

Ultimately, Ericson says, the true potential for the online consortium lies in the levels of cooperation and interest CCCU institutions decide to pursue, in part because of the reality that today’s students are increasingly likely to attend programs that are much closer to home than they used to, and they’re much more likely to attend a local state college or university. That makes things like starting new degrees or sustaining existing ones that much more difficult.

“In my mind, this is a way for all of our CCCU institutions to be able to work together to offer a wider range of programming than we would be able to do on our own,” he says. “If we just try to do it all on our own, we’re not going to succeed. There’s no way that JBU is going to be able to offer enough of these programs and get enough critical mass – we’re just in too much of a small town and too small of market. … But if we could work together with CCCU institutions who share our mission, we all could offer more programming. There are going to be people who are interested in our sort of education who won’t take a program from someone 300 miles away, but they would if it’s 30 miles away. So, we can make that an option, but the only way we get there is if we’re working together.”

Morgan Feddes Satre is the CCCU’s communications specialist and managing editor of Advance. She is an alumna of both Whitworth University and the CCCU’s L.A. Film Studies Center and is currently pursuing her M.Div. at Fuller Seminary. 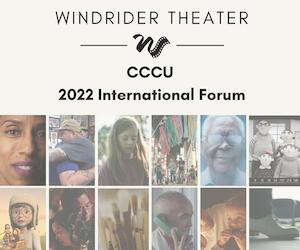 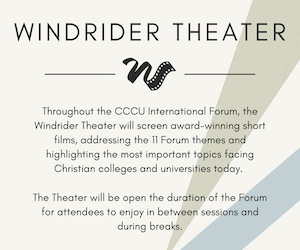 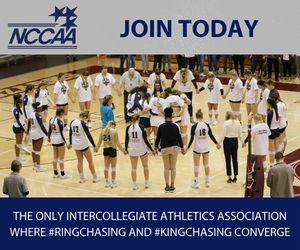