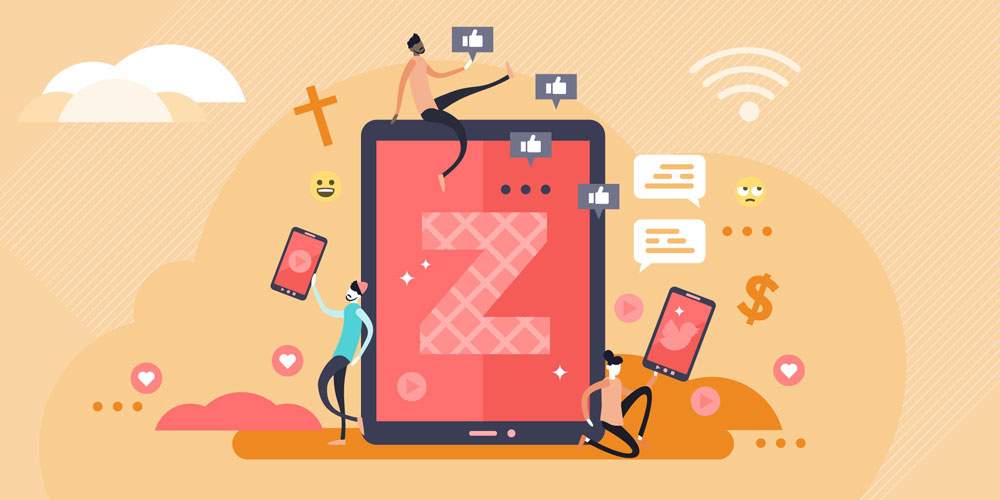 Those are the descriptors in the subtitle of iGen, the latest book by psychologist Jean Twenge, a nationally known researcher on generational trends. iGen analyzes Twenge’s research on Gen Z (the generation born between the mid- to late- 1990s) – the generation currently arriving on campuses across the country. Twenge, who presented her research at a CCCU conference for provosts, campus ministers, and student development leaders in February, found that Gen Z has significant differences from previous generations.

One major factor creating those differences, she says? Smart phones. While Millennials had access to this technology from a young age as well, it was not as ubiquitous during key developmental years as it has been for Gen Z. In a cover story for The Atlantic, Twenge noted that smartphones have “radically changed every aspect of teenagers’ lives, from the nature of their social interactions to their mental health. … These trends appear among teens poor and rich; of every ethnic background; in cities, suburbs, and small towns.”

Recent research from the Barna Group concurred. In 2018, Barna partnered with the Impact 360 Institute to study the socalled “leading edge” of Gen Z – those between 13-18 years old – to see how this generation views the world, including faith and morality. In addition to technological use, they noted that Gen Z teens are also shaped by the fact that they have “come of age in a post-9/11 nation reeling from the 2008 recession.”

As a result, these teens are anxious about their future and are more focused on attaining financial security and professional success than Millennials were at their age and are less concerned at this point in things like starting a family or deepening their spiritual lives. They’re also the most likely to be spiritually and morally unmoored because of their strong belief in individualism and moral relativity. In fact, Barna found that Gen Z is slightly more likely than Millennials and twice as likely as Boomers to strongly agree with the statement that “what is morally right and wrong changes over time based on society.”

What does all this mean for leaders on Christian college and university campuses welcoming these students and caring for them? In our last issue, we took a look at current enrollment and finance trends and examined some unique, innovative ways CCCU institutions are engaging the challenges and opportunities they face in the current reality. But as all Christian higher education leaders know, it isn’t just enough to connect with potential students, guide them through the enrollment process, and welcome them as new students. Student retention and success have always been vital components in higher education, but this new generation brings unique challenges to campuses – often in exponentially increasing numbers.

There are both pros and cons to the fact that the majority of Gen Z has lived life primarily through their touchscreens. Today’s incoming students are less likely, for example, to have had alcohol or sex than were students of previous generations, which has helped reduce such rates as teenage pregnancies.

But incoming Gen Z students are also less likely to have their own driver’s license; to have held a job; to have spent significant time engaging in any social activities without close parental supervision; or to have even spent significant time engaging with friends in face-toface interactions outside of school and connected extracurricular activities. These are some of the traditional markers of independence among adolescents; hence why Twenge asserts that Gen Z students are more likely to be “completely unprepared for adulthood” in her book title.

Gen Z students are also more likely to experience symptoms of depression and anxiety and to exhibit suicidal ideations. Some of this increase is likely due to increased awareness and acceptance of expressing such needs, but technology has also changed things in revolutionary ways. Technology might appear to make us more connected, but Twenge found that the more time teens spent on their screens, the more likely they reported being unhappy, especially if much of their screen time is on social media. As Barna reported, teens feel pressured to “create a personal brand by ‘manicuring’ their online presence, driven by the knowledge that they are constantly being watched, not only by their peers, but by future employers. This is an exhausting way to live, but they don’t feel they can stop.” There are also effects of online bullying; Gen Z teens report online bullying at the same rates as Millennials, suggesting that efforts to curb it have been unsuccessful.

Campuses have already been feeling the strain that comes with students’ increased anxiety and depression symptoms. In 2015, The Chronicle of Higher Education reported on the “epidemic of anguish” arriving on college campuses – a third of college students had reported feeling so depressed within the previous year that they had had difficulty functioning. While (to our knowledge) no comprehensive research has been done on Christian colleges and universities as a group, word of mouth from campus leaders and studies on specific Christian colleges (such as one on a small, unnamed Christian college in Mental Health, Religion & Culture in 2018) suggest that trends on CCCU campuses don’t vary much from national trends.

One factor that could be at play is Gen Z students’ overall lack of deep understanding or engagement with Christianity. Barna found that while 58% of teens still self-identify as Christian, only 9% are “engaged Christians,” which means they have attended church in the last six months and strongly agree with four statements:

It is important to note that the overall number of “engaged Christians” Barna has found has been a relatively small segment of the population; only 14% of Boomers, for example, are considered “engaged” in their faith. But as Barna noted, today’s teens are coming of age in a post-Christian culture; not only are they more likely to be reluctant in challenging others’ beliefs, but they’re also more likely to not see the relevance of faith in day-to-day life. Even “churched” Christian teens – those who have gone to church recently but did not agree with all four statements like the engaged Christian teens did – are less likely than older generations to express confidence in their beliefs.

Thus, CCCU institutions are in a unique position to make a tremendous impact on this young generation through a number of ways as they arrive on campuses:

Of course, that does not make it any easier to engage the significant increase of student need on tight and even shrinking budgets. Thus, the following stories examine some different ways CCCU campuses of all sizes are engaging student needs in innovative ways.

MORGAN FEDDES SATRE is the CCCU’s communications specialist and managing editor of Advance. She is an alumna of both Whitworth University and BestSemester’s L.A. Film Studies Center and is currently pursuing her M.Div. at Fuller Seminary.

Responding to a New Reality