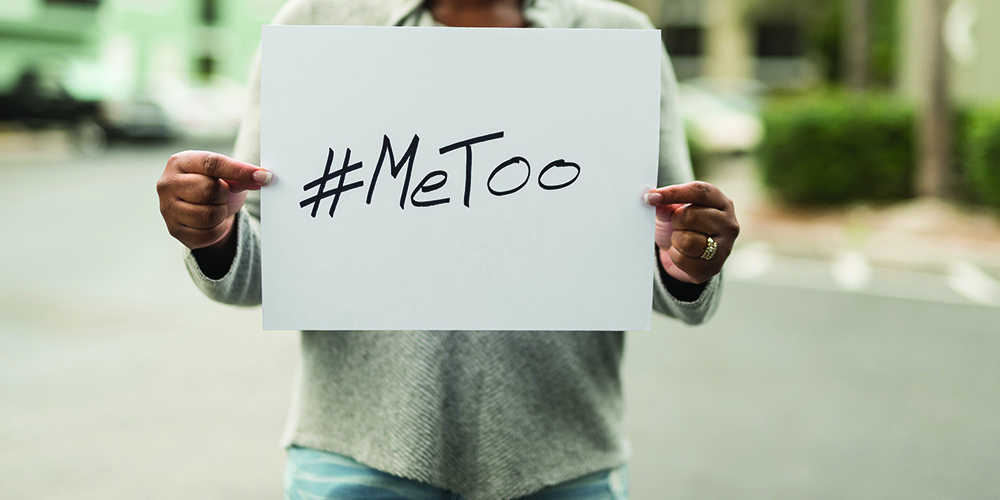 In the wake of such events as the revelation of widespread sexual abuse in the Catholic Church and the rise of the #MeToo movement, there has been a rising awareness that sexual abuse occurs in every sphere of society, including the church. But these events also reveal how difficult it is for the truth in these situations to come to light and for victims to be able to have their stories heard. Ruth Everhart, a pastor and herself a survivor of sexual assault in a church setting, explores how the church has been complicit in sexual abuse and misconduct — and how church leaders can change that — in her new book The #MeToo Reckoning: Facing the Church’s Complicity in Sexual Abuse and Misconduct.

Morgan Feddes Satre, managing editor of Advance, talked with Everhart about the book and how it might prove to be a resource for Christian college and university leaders engaging with these realities. The conversation has been edited for length.

Could you sum up your key argument in The #MeToo Reckoning?

My book is a prophetic call to churches to be more aware, to take action, and to face the fact that they have created an environment where sexual abuse can happen — they have created cultures of secrecy and shame, and they have, by and large, protected abusers. So it is time for a reckoning. When the #MeToo movement began in the fall of 2017, I was hopeful that the church would exercise leadership in that movement, because I see this as a justice issue for women and male victims of abuse. But I was disheartened to see that instead of coming on board or claiming any leadership of the movement, they largely treated it like a pariah.

So I want to lift up the voices of victims who’ve been silenced too often. …  I tell stories of victims. Some are my own stories, and some are stories from other people. They’re all true, contemporary stories that took place within a specific faith community. I intertwined each story with a biblical story, which is what, I think, is really unique about the book. What I’m trying to do is let the braiding of the two [biblical and contemporary] stories inform how the church can move forward.

You mentioned this is primarily written for church leaders. Since Christian colleges have different reporting structures and other regulations like Title IX to consider in this conversation, what insights can your book provide for the unique context of a Christian campus?

What’s similar [between churches and Christian colleges] is that there’s a tendency to spiritualize some of these behaviors and to look at them as sins rather than as crimes. Sexual abuse is both a sin and a crime. If we look at it as only a sin, it’s very easy then to go into a confessional model of treatment. That becomes very privatized — that person can confess, it can be kept quiet, it can be dealt with in-house. We end up centering the response around the predator rather than the victim. That’s a problem in churches and is probably similar in [Christian] campus environments.

Sexual abuse in any form has to be seen as a crime — which it is [a crime], which means that it has to be dealt with publicly. It’s essential that it’s not treated in-house; that it’s treated with the use of law enforcement and outside justice system to prosecute offenders.

Campuses must comply with regulations such as Title IX, among others. But Christian college campuses want to go beyond just the law and treat both parties biblically. What advice do you have for campuses who want to navigate this need?

One of the scriptures that I work with in this book is 1 Corinthians 12, which is the chapter in which the Apostle Paul talks about the body of Christ. And I connect that to a story of a church where I was the victim [of abuse], but when I dug deeper into it, I found that — previous to my experience and following right into the present day — there was a much more egregious story of abuse because it involved children. [So I point out] that when you’re dealing with a church [in allegations of abuse], you’re dealing with a whole system. There is a need to look at that system as a body, [as Paul says], and when one part of the body hurts, the whole body is hurting.

I would apply the same thinking to a campus. It’s important that you have separate advocates for someone who’s accused and for the accuser, and you protect both of them, not just one or the other. But beyond that structural way of looking at it [in the book], I [encourage leaders to consider], how, as Christians, do you look at this whole body of Christ … if there’s a rotten part of the body? It’s poisoning the whole body.

I’ve gotten a lot of feedback on that specific chapter, that it’s been really helpful to church leaders, to elders, and to people in governance. I think it would be similarly helpful to campus leaders to have a specific conversation about that metaphor. How does it impact how they treat their jobs? I think it could be a really interesting and helpful exercise.

Obviously, gender dynamics and authority are huge factors in this conversation, and we know that, at Christian colleges, the higher up you are in the authority structure on campus, the more heavily male it becomes. I know from personal experience that many of these male leaders are very committed to this work of really wanting to make sure students are cared for when they’re in these situations of being victims. What insight would you offer to these leaders as they consider this work?

I’m glad you brought this up. I would want them [male leaders] to take a step back and say, “Well, let’s look at our organization. We’ve got primarily female people on the bottom in positions of learning and primarily male people on top in positions of power. Why is that? How did that come to be?” If they were to really look at that, what would they discover about the assumptions of their organizations and about the way power flows?

It’s so important to look at, because sexual abuse is always the abuse of power. It’s such a simple statement, but it’s one of those things that people forget, especially when we treat sexual abuse as a sexual sin that can be confessed privately. Sexual abuse is not primarily about sex; it’s about power. …

We know that there’s an increasing number of students who are coming to campus having been victimized — whether they’ve already sought justice or are just living with that reality in secret — and so campus leaders are also needing to care for these students who are dealing with the unfolding trauma. As both a victim and as an advocate for victims, what advice would you offer to campus leaders?

This question is really near and dear to my heart, because my primary experience of sexual assault was very traumatic; when I was a senior at Calvin College, I was raped at gunpoint by two intruders who broke into the home I was sharing with some other students. That was 40 years ago now, but my frame of reference is from the ways in which the campus failed to respond in helpful ways and in many ways intensified the pain that we were experiencing by silencing us and ostracizing us. This was not done intentionally, but when sexual violence is treated as something that’s unspeakable, then you have a hard time speaking about it. This is a common dynamic in Christian community — we [are deterred] from talking about anything to do with sexuality. … We can’t talk about the way sexuality and spirituality are entwined and the way in which these are bodily experiences. What is vulnerability? What does Jesus say about vulnerability? We don’t ever dive deep into those things.

So I would encourage [campus leaders] to simply be prepared. Forty years ago, trauma-informed counseling didn’t exist, but now it does, and I would have benefited greatly by it. Trauma-informed care… realizes that trauma has biological and neurological effects that have long lasting consequences, and that these can be treated. It’s not just a matter of how you are feeling in the moment and what your emotions are today. …

So we need to have trauma-informed care, but it also has to exist in a larger context where we’re starting to be able to talk about sexuality in a way that’s more honest, more real, and where we can have conversations about how sexuality relates to power and how it relates to spirituality.

Ruth Everhart is a pastor, author, and speaker; learn how to get a free copy of her book and time to connect with her at www.rutheverhart.com.

The Explosion of Online Learning