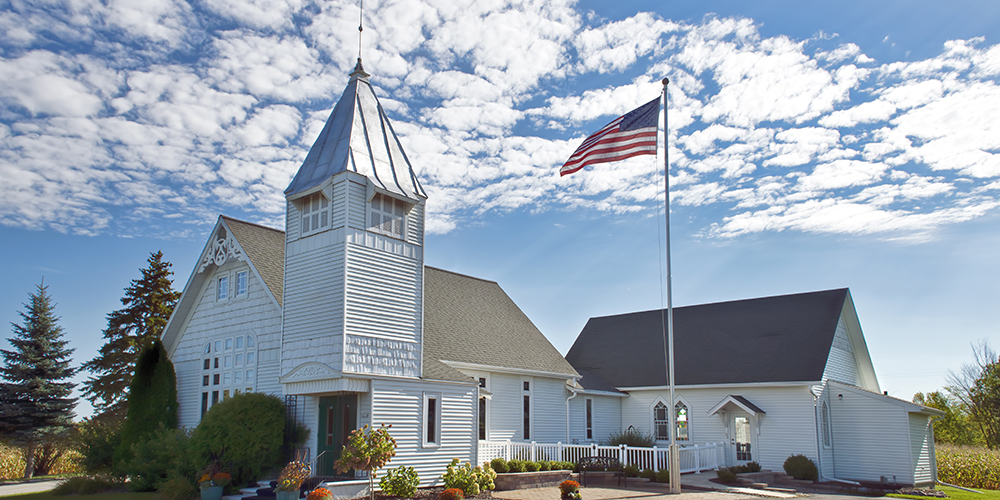 Pluralism, the presence of socially or politically meaningful diversity of various kinds in a society, is a defining feature of 21st century American life. It is the source of great tensions and movements that ripple through our society and our politics. How to contend with diversity is one of the great questions of our day for political leaders, religious leaders, and the American people.

One source of meaning from which Americans have drawn wisdom, answers, and direction in the past is Christianity: its spiritual resources, its teachings, its intellectual tradition, its institutions, and the people who claim the faith for themselves. Today, however, as Charles Taylor describes in A Secular Age, the value of faith in public life is increasingly contested. We live in a pluralized, pressurized moment that, in Taylor’s words, stems from a “move from a society where belief in God is unchallenged and indeed, unproblematic, to one in which it is understood to be one option among others, and frequently not the easiest to embrace.” Such a change does not mean that religion is no longer relevant, but rather that new questions are now salient, such as whether religion has answers to today’s problems.

We believe faith has much to contribute. That is why our new report, “Christianity, Pluralism, and Public Life in the United States,” explores Christianity in its diverse and varied expressions and examines many resources faith provides. But before we can discuss the benefits of Christianity to public life in this pluralistic, modern age, it is important to establish more simply and unequivocally that faith is an undeniable and pervasive force in American life. That is to say, there can be no debate, particularly in a democratic society, as to whether faith and Christianity will play a role in the political life of our nation, because Christianity is so prevalent. A majority of Americans identify as Christians; Christian institutions make up a significant part of the life of our communities; and Christian ideas and motivations continue to shape the public imagination. The desire for a politics or society that is not influenced by religion is a desire in some quarters for a politics and society without religious people. Obviously, this would be a profoundly anti-pluralist sentiment, and we reject it.

Our report reflects conversations with 51 Christian leaders from across the country. Together, they represent many different Christian traditions, backgrounds, and political and theological perspectives. We asked them about their views of the role of Christianity in public life today, the way politics and faith interact, and what pluralism means for their community. We received deeply thoughtful, informed, and sometimes provocative responses to our questions.

Our report was developed with several audiences in mind. First, we hope to equip Christian leaders, institutions, and church communities with ideas and practices for living out their faith in a pluralistic context in a way that is faithful to their tradition and oriented toward the good of the community and nation in which they live.

Second, we hope this report will spark a renewed imagination among leaders in secular institutions – government, secular philanthropy, news and other media, business, cultural institutions, and more – for the positive contribution Christianity has made and can make in American public life, even in a pluralistic society.

Third, and finally, we hope this report will provoke conversations and activity at the local level, where people live out their lives and interact with diverse groups.

Our report offers several leading takeaways from our interviews with Christian leaders:

Christian leaders are overwhelmingly positive when they talk about diversity and say that pluralism provides new opportunities for Christians to strengthen and live out their faith.

While there is certainly significant disagreement among Christians on various issues, some of which is central to questions related to pluralism, we were somewhat surprised to find such commonality. Christians share a moral language and vocabulary – even across denominations and political and theological perspectives – that provides a foundation for working together.

Christian leaders are highly cognizant of popular criticisms of their faith’s role in public life, understand most of the criticisms, and share many of them.

The capacity of Christianity to support bridge-building work across various divides – religious, racial and political, among others – is significant, and there are robust pockets of this kind of work going on today.

Perhaps the greatest contribution Christians can make in this moment is at the local level. This is for reasons inherent to Christianity – it is an embodied, incarnated faith that is deeply concerned with the person. Additionally, barriers to bridge-building, public involvement, and service are much lower at the local level, because the needs of individuals and communities are felt most acutely there.

Christianity offers theological resources that can contribute to the formation of strong, healthy civic character in a pluralistic context.

Political and other public leaders significantly affect the nature of the role Christianity plays in American life. The way that they address – or neglect to address – Christianity (and faith, in general) has an impact on how the public perceives Christianity, as well as how Christians think about themselves and engage in the public arena.

Christian colleges and universities, and those they serve, have an important role to play. We believe that Christians have resources that can be of great benefit to America’s pluralistic future, and that the contribution of Christians in American public life should be welcomed and supported. We look forward to hearing how the ideas in this report contribute to conversations and action around pluralism in your communities.

Michael Wear is the founder of Public Square Strategies, LLC, a consulting and research firm at the intersection of faith and public life. He served in The White House Office of Faith-Based and Neighborhood Partnerships from 2009-2012, and led religious outreach for former President Obama’s re-election campaign.

Amy E. Black is professor of political science at Wheaton College (Wheaton, IL). A specialist in American politics, her research interests include religion and politics, fostering civil dialogue, and Congress. She is a past president of Christians in Political Science and served as an APSA Congressional Fellow in the office of Melissa A. Hart (R-PA).

Why We Still Need Christian Colleges

The Power of Words