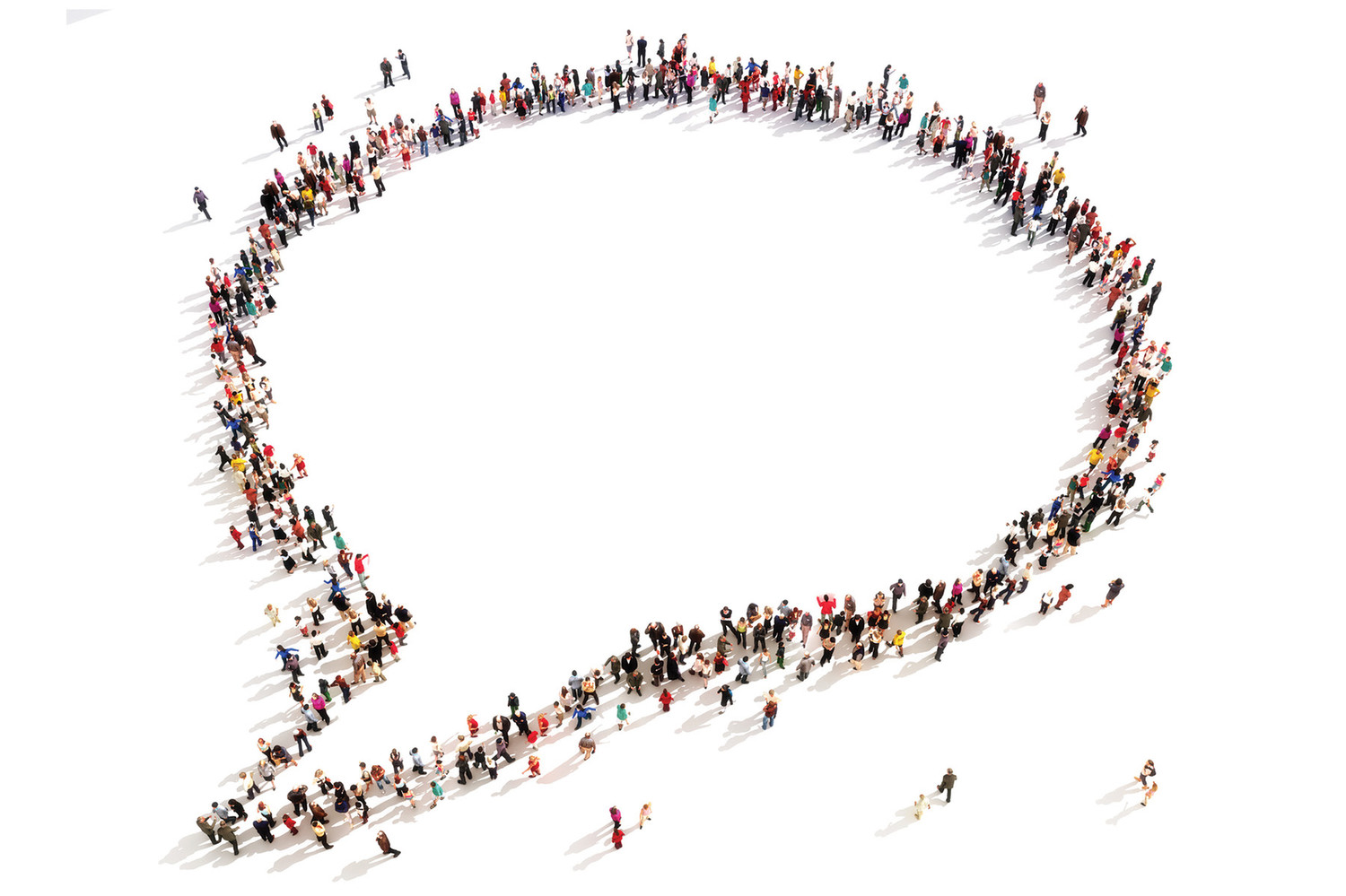 Can There Be Harmony in Our Division?

Polarization is the theme of the hour. In the United States, division is growing because of clashes over political ideals, challenges to religious liberty, disagreement over LGBT rights, divergence in how to handle the refugee crisis and conflicts between people of color and law enforcement officials. Many of these conflicts are also prevalent in other countries around the world. It all begs the question: Can people who have disparate views truly live in peace?

John Inazu, associate professor of law and political science at Washington University in St. Louis, thinks it’s not only possible – it’s crucial. In Confident Pluralism: Surviving and Thriving through Deep Difference, Inazu examines how pluralism is the key to navigating the problems that our society and legal systems have in addressing minority viewpoints.

The following is an interview between Inazu and Shapri LoMaglio, CCCU’s vice president of government and external relations, about Inazu’s book and its implications for Christian higher education. The interview has been edited and condensed for length.

What are some of the characteristics that mark a confident pluralism?

The confidence part is really two-fold. One [aspect] is that we ought to be confident enough in our own beliefs to recognize that if we really believe that this is right, true and good, then through time and persuasion and interactions with others, our beliefs will hold their own. Then also, we’re confident in the overall umbrella framework we put around this whole discourse. … [We have to] retain some confidence in the idea that we do tolerate dissent in this country, and we recognize that we’re going to have vast disagreement, and that’s okay. We can go along with it.

Because we’re not likely to overcome the disagreement we have, we ought to be able to focus on where we can find common ground. It might be, and it will be the case, that we’re not going to come to terms on some of the most contested and really deeply painful issues about which we would disagree. But … we recognize that we all have common interests, we care for our neighbors and the people around us, and we take practical steps to bridging those differences through relationships and activities that sometimes aren’t going to involve talking about the hardest issues but that are focused on what we have in common.

The local level lets us find real human beings and real relationships. It lets us tangibly see what some of these common interests are. I think it’s a lot harder to figure out at a national level what is the common good that we share. What are the broad national interests and purposes of this country? We can think about some pretty easy and generalized interests, like maintaining national security or having interstate roads, but when we think about the deeper issues it’s much harder, I think, to view that at a national level.

One of the things that complicates this is the increasing prevalence of social media. In the virtual space, we discover common interests with people who aren’t physically proximate to us but might be in an affinity group somewhere else across the country or across the globe. The challenge there is the virtual space also introduces all kinds of opportunities to be dismissive and not to treat each other as real human beings, so there’s a complicated relationship of both pros and cons that the virtual space gives us.

Your first book was on the freedom of assembly, and you’ve talked about how we have forgotten and undervalued that First Amendment right. How do you think that has affected the culture wars we’ve engaged in today?

The two doctrinal implications of forgetting about assembly cash out in two different rights: the right of association and the free speech right. The right of association, which is not itself in the Constitution, is what many people now think about when they think of assembly. It becomes a right that’s fairly limited and instrumental. It focuses on outward expressive groups, but not so much on the informal groups – the kinds of groups … where people actually get to know one another and share interests and informal conversations.

Then similarly, the free speech right has really kind of captivated a whole lot of First Amendment jurisprudence so that even a physical protest right now is typically governed by free speech law and not free assembly law – which is an odd development, given that when we think of a protest, we might more naturally think of an assembly than, say, a bunch of speakers.

There have been these two odd doctrinal moves. What’s lost is the idea of an assembly or a group as more than just a bunch of people getting together to talk. There are deeply formative and expressive and creative capacities when people get together. Think about churches or Christian colleges and universities; think about all the stuff under the hood that goes on to make those communities work. They’re not necessarily expressive, they’re not necessarily manifesting in the public form or the public square, but there are the thick and detailed relationships and the informal moments that create an ethos, a community, and allow a people to live into their own ideas and their own purposes. Without all of that in the background – without all the possibility actually forming communities – we never get to the formalized expressive moments that the law cares so much about.

In the book, you wrote that one of the paradoxes of confident pluralism is that its constitutional commitments must allow for its rejection in our civic practices. What is an example of that paradox in action, and how do you advise that we navigate it?

Think about … the completely sectarian group that wants to withdraw and … create its own insular community. You have to allow for those kinds of communities to exist; the gamble here is that [kind of community] won’t be the majority. You need enough people playing the game, and the game is pressing toward conversation across difference in order to make it all work. But out of an abundance of concern for an overreaching power, we have to give the breathing space even to those groups that don’t want to play the game.

How can Christian colleges and universities navigate this tricky ground in a way that they both educate their students about the kinds of principles that we’re talking about, and advocate for a confident pluralism, while also remaining faithful to their mission and convictions?

That’s a great question. I think it points to both a real challenge and a real opportunity. … In a private [university] setting, this really gets to a question of institutional pluralism – whether you have a diversity of institutions, which I am strongly in favor of. At the end of the day, even though I may disagree with Vanderbilt [University]’s position on Christian groups on campus, if they’re a private institution, they can develop the ethos and purpose that they want. Similarly, I would want to defend the right of Christian colleges and universities to live into and to pursue their own purposes and mission in their own distinctive ways.

The hard part is that the university setting is shaped around the world of really conflicting ideas and the pursuit of knowledge and inquiry and debate and dissent. As a Christian institution, you want to allow for as much of that as possible. You want to allow for meaningful inquiry; you want your students to push their boundaries; you want faculty asking hard questions and not being stuck in echo chamber; you want an administration that supports that kind of inquiry within the boundaries of sustaining a purpose and a mission.

That’s a real challenge, but I think the opportunity here – and a growing opportunity increasingly in higher ed across the board, or really any institution – is asking purpose questions. Why are we here? What difference do we make in the higher ed market? What kinds of people do we want to produce? Christian colleges and universities have some pretty good answers to those fundamental questions. The challenge will be within those frameworks and within those purpose statements. How do you allow for a maximal amount of different dissent, uncomfortability and uncertainty? I think that people who have been trained in the academy, if they’re nurtured in the right direction, are some of the best people to push these kinds of boundaries, but you also, then, want to do so within an institutional framework that maintains coherence.

I think, actually, in the long game that religious institutions of higher education have an upper hand here because they have a purpose framework that matters and can be defended.

It sounds like you’re pushing us to defend – even support at times – things we might disagree with. This will be difficult for some people. Why would it be worth it to do so?

This is embedded in a lot of first amendment rhetoric, and I believe that, as [Supreme Court Justice Hugo] Black once said, we defend the ideas that we hate in order to protect the ideas that we love. We all have to commit to a broader process … that allows [not only] the breathing space to say what we want and to live how we want, but also allows that for people who are opposed to our ideas and our ways of life. …

For Christians especially this is an important moment. Christians through the ages have not always thought this way, but I think it’s important to recognize that in a non-coercive Gospel sense, you proclaim your message and you embody your ideals in a community, and then you hope and trust that people will be drawn to that. But you also give them maximal freedom to reject it and event to stand up against it.

With the posture of an openness that’s not a fearfulness, I think that Christians and Christian institutions can increasingly partner across those differences. One good example here is with American Muslims and the Muslim institutions of higher education. There are parts of Islam that are completely at odds with Christianity. We don’t have to paper over these differences and pretend that we’re all the same, because we’re not. But at the same time, we want to be able to defend the maximal space and opportunity for Muslim institutions and Muslim Americans to live and believe as they desire. Ultimately, that’s better for all of us.