WASHINGTON – The Council for Christian Colleges & Universities is pleased to announce the appointment of Daniel Siefken as the new director of the Latin American Studies Program (LASP) in San Jose, Costa Rica, effective June 1, 2018. 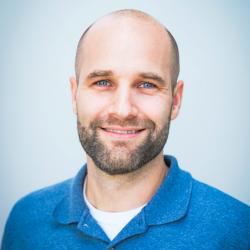 Siefken, a Spring Arbor University graduate and a 2004 LASP alum, has had a productive career in Christian higher education and study abroad administration, with an emphasis in developing and leading programs in the Latin American context.  His service at CCCU institutions includes roles in student affairs and study abroad education at Anderson University (IN) and Spring Arbor University.

Since 2013, Siefken has led study abroad efforts at the University of Texas at Austin, most recently as Assistant Director of Study Abroad.  He has a master’s degree in global and international sociology from the University of Edinburgh in Edinburgh, Scotland.

“After many years working within CCCU schools and having gained a broad global perspective and deeper Christian faith as a participant in LASP, I’m excited to be able to contribute to the continued growth and success of the program,” Siefken said. “I hope to inject a passion for spiritual formation, cultural engagement, and academic enrichment that will challenge CCCU students to put their faith into practice for years to come.”

Rick Ostrander, CCCU’s vice president for academic affairs, said, “We’re excited to have Dan join the BestSemester team.  He is a natural leader who combines a heart for students with expertise in study abroad operations, and we look forward to a bright future for LASP under his leadership.”

The Latin American Studies Program, founded in 1986, is one of nine Christian-based study abroad programs operated by the CCCU in the U.S. and abroad.  LASP has transformed the lives of thousands of students through experiential education in Costa Rica.