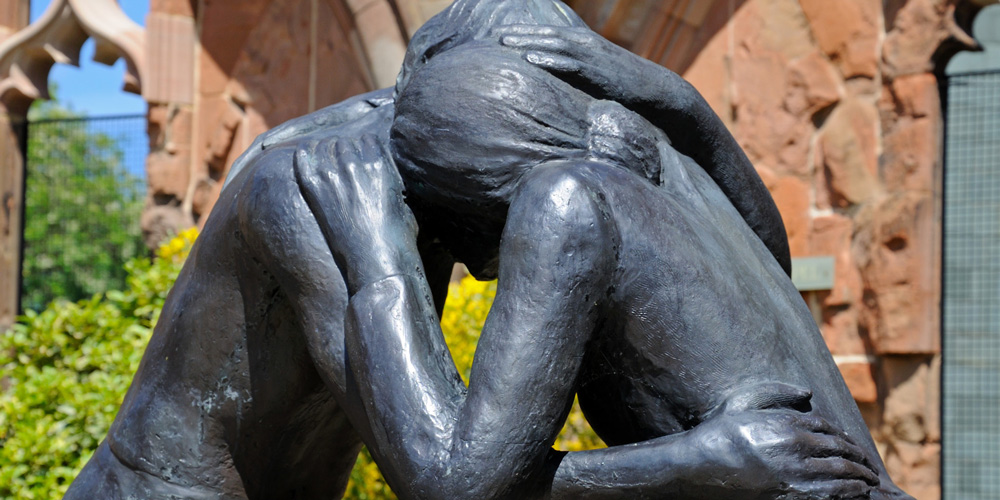 Walking the Path of Reconciliation

Editor’s Note: This piece is adapted from a plenary session address of the same title given on Jan. 31, 2019, at the CCCU Presidents Conference.

The conversation about walking the path of reconciliation is extremely important to me, and I’ve come with a real sense of concern for the leaders on your campus who have been hired to represent diversity for you. I am concerned about their wellbeing and how we’re using them on our campuses.

You see, in my experience, these leaders are expected to be experts, but they have not been adequately trained or equipped to lead systemic change regarding diversity, equity, and inclusion in Christian college or university settings. They are folks who have a heart for reconciliation; they’re generally people of color; and they have, throughout their college career, demonstrated that they care about this topic. But the unfortunate thing that I see happening is that they struggle to bring systemic change. After working at Christian institutions and organizations, they find themselves feeling – to use the analogy one leader gave me – like “washed-up NBA players.” She described it like this:

I’m in the NBA, but I get put on a team that does not know how to use my skills. I find myself sitting on the bench most of the time, and then I get traded because I’m not showing that I was worth whatever they paid to draft me. Then I go to another team, and another, and another. At some point, I begin to doubt myself. My own sense of confidence begins to wane, and I begin to wonder whether or not I actually was any good.

When she said that to me, I almost wept. Who is this NBA player that we’ve just described? Those are the multicultural directors who have been hired by Christian colleges and universities. They make the institution look better – because you claim that diversity and reconciliation is a core value, so their presence gives you credibility. However, they have never been trained to lead systemic change, so they actually function as glorified program coordinators who put on cultural diversity events. On top of that, the person who hired them and supervises often has no real background in the work of reconciliation, either – so they can review you or fire you if you’re not doing your job, but they can’t supervise you because they don’t know anything about it, either!

These multicultural leaders can make suggestions, but they’re not going to be taken seriously or followed. They’re not viewed as experts until there’s a crisis on campus – then they have to know instantly what to do and how to counsel the leadership to respond to the crisis.

It’s not fair what we’re doing to these people. There’s no real job security; there’s no sense of advancement. If, in NBA terms, they get “traded” – if, after two or three years, they’re told they’re not a good fit, or they’re not collaborative – then they find themselves not knowing what to do next.

I am here to advocate for these multicultural directors. They need to be strengthened if they’re going to stay on this journey. They are constantly bearing the burden of reconciliation on our campuses. There’s an emotional, physical, and spiritual toll placed on them to keep embodying this value for us. In short, we need a new way to understand the importance of that person who plays that role on your college campus. I believe that Jesus is right when he says this in Mark 2:21-22:

Daniel Hill, author of White Awake and a dear friend of mine and son in ministry, says the problem we have is that we’ve equated diversity with race. Diversity is that which we talk about in Revelation 7:9: All tribes, all nations, all people gathered together. God created diversity, and in the end, we will reflect the multi-faceted people of God. But God did not create race. Human beings created race to justify slavery and the dehumanization of people, and to take the indigenous people’s land and commit genocide.

This thing called “diversity” is from God; this thing called “race” is evil! But we keep putting the two together. Let’s celebrate diversity; but the problem we’re having is race – that’s what needs to be reconciled.

Since we don’t have a common definition of “reconciliation,” I developed one in my book Roadmap to Reconciliation: “Reconciliation is an ongoing spiritual process – I believe it begins with God – involving forgiveness, repentance, and justice, that transforms broken relationships and systems to reflect God’s original intention for all creation to flourish.”

I believe that’s God vision for us. After I wrote the book, I developed an implementation guide that was tested in churches and on college campuses in the United States and Canada. Through that process, I learned some things – because I’m still on the journey, too – that caused me to update two parts of the process. The first is a restoration phase; that goes back to what I said earlier, that people who champion this value need opportunities to be restored.

The second is an update to what I mean by “activation” phase. Originally, I wrote that this phase meant actively working for reconciliation, but I realized that activation is better understood as repairing broken systems together. I think about what Bryan Stevenson said when someone asked him whether he supported reparations – a scary word for most of us. He said this: “Of course I do. But anybody can write a check! Real reparations would be to repair what was actually broken.”

Looking over my 30 years of experience now, I know one thing for sure: Multicultural directors need to be respected as professionals in the field of diversity. And to do this, they need access to resources that strengthen and enhance their professional development. This is my life’s work; I’ve been called to equip the next generation of Christian leaders to be practitioners of reconciliation in their spheres of influence.

But to CCCU leaders, I believe that this is now in your hands. I believe that some change has to come from the top. Whether or not racial reconciliation becomes a systemic reality at your institution depends on you.