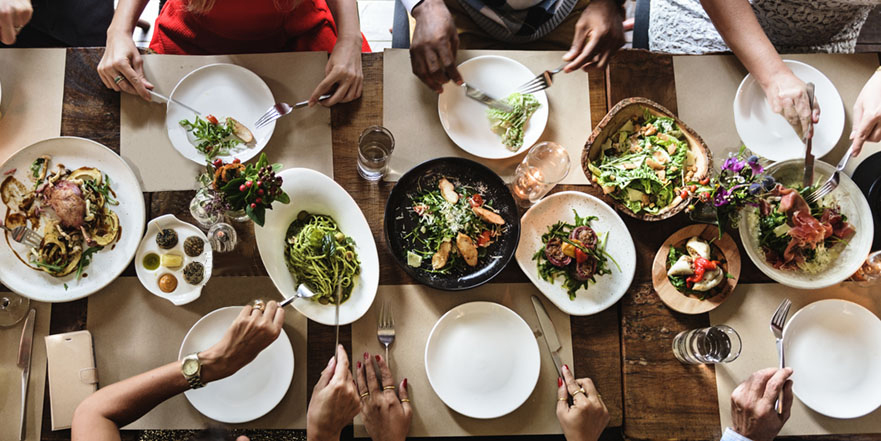 If you’ve ever spent much time in Washington, D.C. during the summer, you may have wondered why this city, of all cities, became the nation’s capital. Having lived through many hot and steamy summers, I certainly have on more than one occasion! A swamp in reputation that was neither a port city nor a hub of industry or culture, it was an unlikely choice. The City of Washington (as it was first named) was land that was then owned by Maryland and Virginia and was almost completely undeveloped. New York City and Philadelphia were cultural and financial hubs and, up until the time that Washington was chosen to be the capital, had been the political epicenters for the new country. So why Washington?

Joseph J. Ellis tells the story of the city’s selection in his excellent book Founding Brothers, which captures six key vignettes of the American Revolution. In “The Dinner,” he tells the story of how Thomas Jefferson, having recently returned from serving for five years as America’s minister in Paris, invited James Madison and Alexander Hamilton over to dinner one night in June of 1790.

What was in dispute was not solely the matter of the capital’s location, but also the matter of whether the federal government would assume the debts held by the various states from the Revolutionary War. This controversial idea highlighted the differences between those who supported stronger state autonomy and those who wanted a stronger federal government; additionally, there were economic components that meant that states and regions would each be affected differently. Meanwhile, Ellis writes, by the time of the dinner, 16 possible sites for a national capital had been proposed; none had gained a majority.

But on this night, at this dinner brokered by Jefferson, Madison agreed that the federal government would take on the debt, and Hamilton agreed that the capital would move to the Potomac. It was an agreement that would preserve the fledgling nation and help move it forward.

Jefferson wrote of the importance of that night: “[B]ut in the present instance I see the necessity of yielding for this time … for the sake of the union, and to save us from the greatest of all Calamites.”

There is a reason books are written about moments like this: This type of political leadership is almost always too rare and almost always too sorely needed. In our current context, we are in an absolutist moment in our nation’s history, where most elected officials are more worried about their primary election than the general election and seemingly dedicate more energy to being reelected than to solving problems.

It’s not to say there are no bipartisan moments. Thankfully, there still are. In December, a bipartisan approach to prison reform – the First Step Act – was passed by Congress and signed into law by President Trump. It was a wonderful moment of bipartisan agreement for an important topic.

But what about when there is no shared perspective on important questions? The frequently extoled virtue of “finding common ground” in important political debates, while admirable, is often insufficient. What if there is no common ground to be found or ceded? Is the necessary alternative then governing for the good of the party rather than the country? Governing for the good of the few rather than the many?

Recent significant pieces of legislation have indeed lacked any common ground. The Affordable Care Act failed to get one Republican vote. The tax overhaul of 2017 failed to gain one Democratic vote. In 2013, a first blow struck the filibuster in the Senate by Democratic leadership; another in 2017 by Republicans. Both were about the confirmation process of judges and appointees. Now there is talk of striking at the heart of the filibuster when it comes to legislation itself. This would do away with the 60-vote requirement for legislation in the Senate, only further solidifying the power of the majority, weakening the voice of the minority, and disincentivizing collaboration.

This begs the question: Is there virtue in gaining bipartisan support for initiatives beyond the requisite vote totals? Could it actually improve the idea? Could it give a proposal more longevity? Could broader support help bring greater societal unity? Could collaboration be worth doing even when it is not required?

The answer, I believe, is “Yes.” But engaging in the conversations required for this kind of agreement can be difficult in our current age – not just in political chambers or debate halls, but in our everyday interactions with people who disagree with our views. Ours, to borrow Joseph Bottum’s book title, is an anxious age.

Arthur Holmes writes in The Idea of a Christian College: “The educated Christian exercises critical judgement and manifests the ability to interpret and to evaluate information, particularly in the light of the Christian revelation. In a word, if she is to act creatively and to speak with cogency and clarity to the minds of her fellows, the educated Christian must be at home in the world of ideas and people. Christians, unfortunately, often talk to themselves. We think in ruts, and express ourselves in a familiar kind of family jargon. Unless we understand the thought and value-patterns of our day, as well as those of biblical revelation and the Christian community, and unless we speak fluently the language of our contemporaries, we tragically limit our effectiveness.”

This quote illustrates how much Christian higher education is needed in this moment, and how much our graduates have to offer in the midst of this age of intractability. As people who have good news to share; as people who are called to be peacemakers; as people who are called to pray for and seek the welfare of the city where they are living (Jeremiah 29:7), Christian college graduates are uniquely positioned to break open the rigid paradigms and offer fresh, creative approaches to the world’s problems, political or otherwise.

When our identity is in Christ, not in our political party, or our opinions, or a particular solution, we can be freed to enter into situations ready to lead – even if it’s not popular; even if it’s seen as breaking from our “tribe.” In their Christianity Today article on the ways Christians can be a Gospel witness in this current age, Tim Keller and John Inazu write about the posture of confident pluralism that Christians are uniquely situated to take: “As Christians, we can engage with the pluralism around us because our confidence lies elsewhere. We can acknowledge genuine differences in society without suppressing or minimizing our firmly held convictions. We can seek common ground even with those who may not share our view of the common good.”

This happens not only when common ground is present or readily visible, but also – and more often – when we follow the example of the founding brothers to sit down with those we know disagree with us and do so with the determination to find a way forward for the greater good.

Shapri D. LoMaglio is the senior vice president for government and external relations at the CCCU. A native of Tucson, Ariz., LoMaglio is a graduate of Gordon College and of the University of Arizona’s James E. Rogers College of Law.