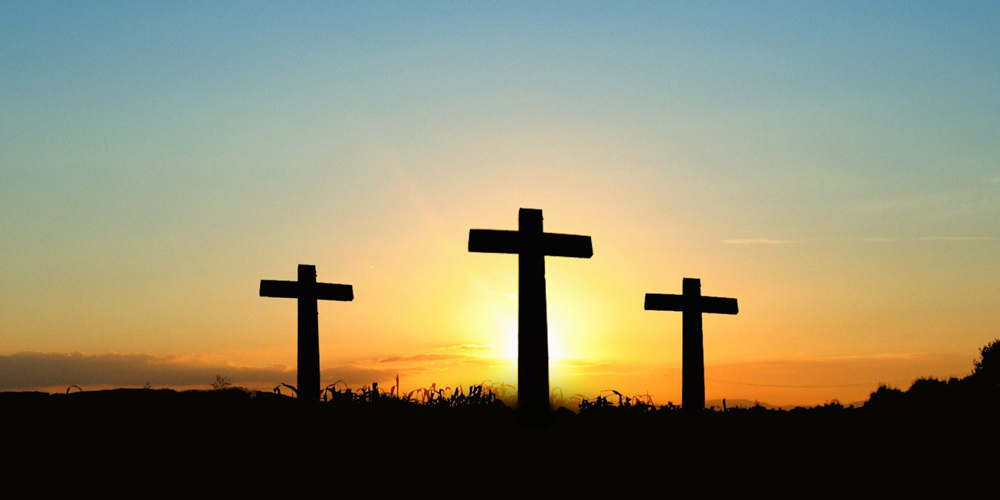 One of the most difficult aspects of being interested and involved in journalism is the fact that the majority of what is covered in U.S. news is overall negative in its tone – “wars and rumors of wars” is the biblical phrase that comes to mind. Thanks to current technology, we now have the ability to hear about bad news from literally every corner of the globe. Frankly, it’s not hard for even an optimist like myself to become a pessimist in the onslaught of negative news.

Perhaps that’s why I was so surprised by how much hope I gleaned from a summer seminary class on systematic theology with a special emphasis on eschatology. On its surface, an in-depth exploration of “the last things” doesn’t sound like much cause for a sunny, positive study, especially when many headlines scream about the planet’s imminent doom due to natural disasters, conflict, and general human life.

Yet Christianity is unique in its theology of hope rooted in an act of destruction – the crucifixion of Jesus Christ – and in his subsequent physical resurrection from the dead. The work of the Church in the light of the resurrection and in anticipation of the final return of Christ is anchored in this hope of the cross – a hope that, as Paul reminded the Corinthians, “is foolishness to those who are perishing, but to us who are being saved, it is the power of God.” As one of my classmates astutely pointed out, the human perspective of the world is only able to see the decay of physical things – the fires that wipe out huge swaths of life, the diseases that ravage communities, or the destruction wrought by powerful storms, to name just a few.

That is why the Christian eschatological message is such a powerful counter to this decay. It promises that all things will be made whole and renewed, and it also provides us with hope and purpose even as we wait in anticipation for that day. “A light in the darkness” isn’t just a trite phrase for us to repeat; it’s what Jesus provides us in the midst of the darkness of decay around us. And that is why Christian higher education is such a profoundly hopeful endeavor. We aren’t just equipping students with the skills they need to succeed in their careers and live fulfilling, productive lives; we’re modeling what it looks like to use God-given talents, opportunities, and gifts to shine that light of hope out into a world that so often only sees the dark, rank, devastating effects of decay.

This isn’t to say that Christian colleges and universities aren’t without their problems; as this issue highlights, there is an increasing number of students who struggle with emotional or mental distress on top of all the normal stressors that come with college life. The decay of the world touches us all, and our campuses are no exception. But thanks be to God that we have a Savior who doesn’t leave us in that sin; instead, he not only redeems us but calls us to be a reflection of his light in the world. And that is hopeful news, indeed.

MORGAN FEDDES SATRE is the CCCU’s communications specialist and managing editor of Advance. She is an alumna of both Whitworth University and BestSemester’s L.A. Film Studies Center and is currently pursuing her M.Div. at Fuller Seminary.