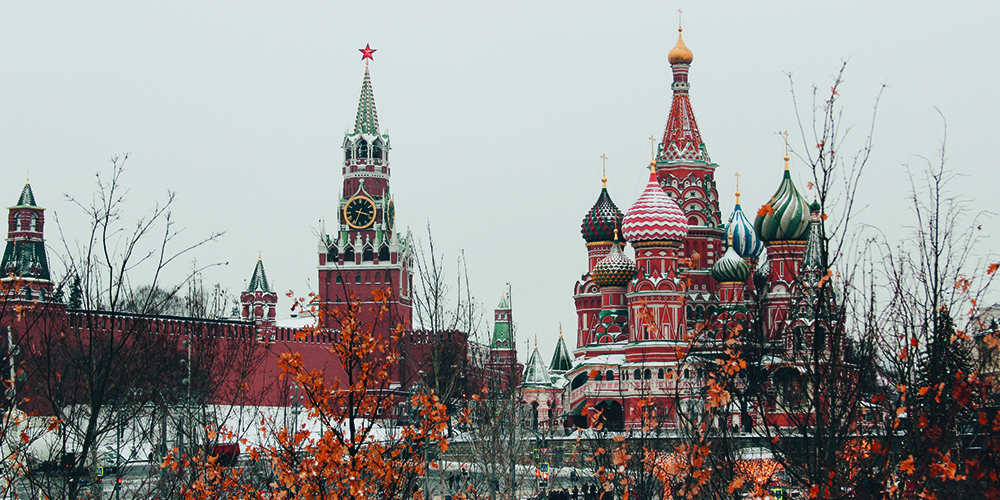 COVID-19 has forced colleges and universities to change the way they do business and to re-envision their priorities and operating procedures. In the face of such drastic need for institutional agility, the story of Russian-American Christian University (RACU), detailed in John Bernbaum’s Opening the Red Door, is an inspirational guide. Although the challenges are different, the persistence, flexibility, and determination of RACU’s leaders is a model for the current crisis.

When the Soviet Union imploded in 1989, Russia was in turmoil, and many Russian leaders turned to the U.S. to provide instruction on developing a capitalist economy and restoring ethics and integrity. The CCCU (then known as the Christian College Coalition) empowered Bernbaum, then the organization’s executive vice president, to establish exchange programs between member institutions and Russian universities. In the course of those meetings in 1990, Bernbaum received an unexpected invitation from the Russian minister of science and education to establish a Christian college in Moscow.

Opening the Red Door meticulously reviews the process of responding to that invitation. Over the next six years, Bernbaum and his colleagues survived an attempted coup, weathered the vicissitudes of a financial collapse, worked through endless issues of cross-cultural communication, and moved slowly but persistently toward launching the Russian-American Christian University. Bernbaum explains how ongoing changes in the Russian government challenged the RACU team. Russian rules and regulations were already daunting, but the novelty of RACU and the seemingly endless shifts in governmental policies on higher education made them almost insurmountable.

RACU founders wanted to develop the institution with Russians as equal partners, creating a truly bicultural entity. As the founding board came together, conflicting ideas about educational processes, student-faculty relationships, and academic goals immediately emerged. An additional problem arose in the attempt to recruit qualified Russian faculty members since Christians had been denied access to graduate education during the Communist era. Bernbaum skillfully overviews the changing situation in Russia, providing enough detail for clear understanding without unnecessarily bogging down the compelling narrative.

In spite of the setbacks, RACU opened in September 1996 as a licensed, degree-granting undergraduate institution with 43 students. Over the next 15 years, RACU offered programs in social work, business, and English language and literature, and created a fresh new model for education in the former Soviet Union. A second economic crash, the war with Chechnya, and increasing threats of terrorism led to a hardening of the Russian government’s openness to American enterprises. This change led to the creation of so many overlapping and conflicting regulations that RACU, as it was originally envisioned, ceased to exist after its ninth graduation in 2011.

The RACU experience provides some strong guidelines as colleges face the upheaval of the COVID-19 pandemic:

Opening the Red Door provides insight into the mechanics of the RACU years but also into the vision that drove the founders forward. For 15 years, RACU was a shining star in the Christian community in Russia, significantly affecting the lives of more than 600 young people whose energy and optimism continue to influence Russian society. As Bernbaum tells the story, his hope and determination shine through. Like Christian educators everywhere, he draws his motivation from the students he serves, and his endless optimism, courage, and tireless work on their behalf provide inspiration for administrators in this time of change and turmoil.