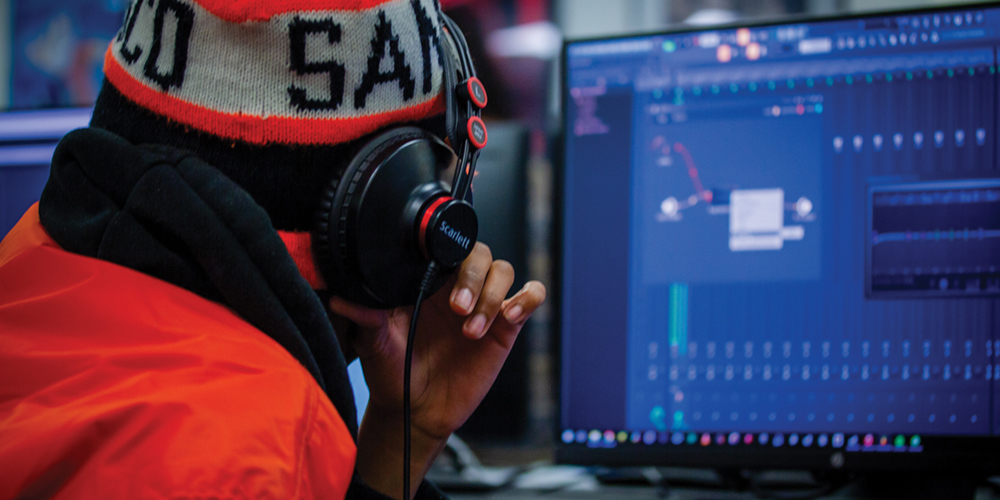 For centuries, the art of storytelling – from oral tradition to music to books to movies – has captivated audiences globally. Though the medium of storytelling has shifted over time, its power to describe the human experience has remained an undeniable force. Now, one CCCU institution is preparing students to engage one of the newest mediums of storytelling: video games.

In recent years, the gaming industry itself has become one of the largest forces in the economy and a source of employment for many. According to a report from the Entertainment Software Association, in 2016, the video gaming industry directly supported over 65,000 employees. Newzoo, the leading global provider of games and esports analytics, predicts that the global games market will produce nearly $150 billion in revenue in 2019.

Additionally, those diving into the narratives of a given game are doing so for extended periods of time. In its “State of Online Gaming 2018” report, Limelight Networks found that, on average, gamers around the world spent six hours every week playing video games, but a quarter of respondents reported spending seven or more hours each week playing games.

To capitalize on these trends, Azusa Pacific University (APU) in Azusa, California, is launching a new program to equip students to craft stories for future generations: a games and interactive media major.

“One of the things that is important to consider is how games have become ubiquitous in many parts of the world at this point,” says Tim Samoff, a professor in APU’s department of cinematic arts and the director of the new program. “After several secular schools have proven to be very successful with their game-oriented degrees, it’s probably overdue that Christian colleges engage in this always growing industry.”

Samoff has previous experience in the gaming industry and created a similar gaming major at another institution, all of which helped him shape the new program that starts this fall.

Students will be able to choose between a robust 50-unit major or a 22-unit minor to prepare them for a host of different careers within the gaming industry, such as game design and programming, game art and music, game testing, and everything in between. The comprehensive list of class options includes offerings in game development, game theory, and user experience design.

“One of the great things that leads toward the creative process of making the game is the fact that a game’s narrative really informs the mechanics of the game, but the game’s mechanics also lead toward the resulting narrative,” Samoff says.

Because of this, the new major will seek to blend technical skill development with creative storytelling. Not only will all classes have a narrative component, but students will also be challenged to tell their own story through their design.

Entering into the video game industry isn’t just an opportunity to innovate through a unique platform; it is also another arena for people of faith to engage.

“I think that virtual spaces are one of the last untapped mission fields for the Christian gospel,” Samoff says.

This new degree program offers a way for students to both tell their own story and invite others into the metanarrative of the biblical story through their games, he says, adding that, ultimately, the degree will enable students to create games that are not only engaging, but also speak to the stories of the students themselves, the stories around them, and the story of their creator.

Thus, graduates will leave the degree program with the technical skill necessary to succeed in the field and also be challenged to offer important new narratives to an ever-growing industry. As Samoff says, this degree will “develop a mission for being game changers in the industry.”

Chloe Buckler is the CCCU’s government relations & communications fellow. She is an alumna of Azusa Pacific University (Azusa, CA), and will be pursuing a master’s in public policy from Pepperdine University (Malibu, CA) in the fall of 2019.