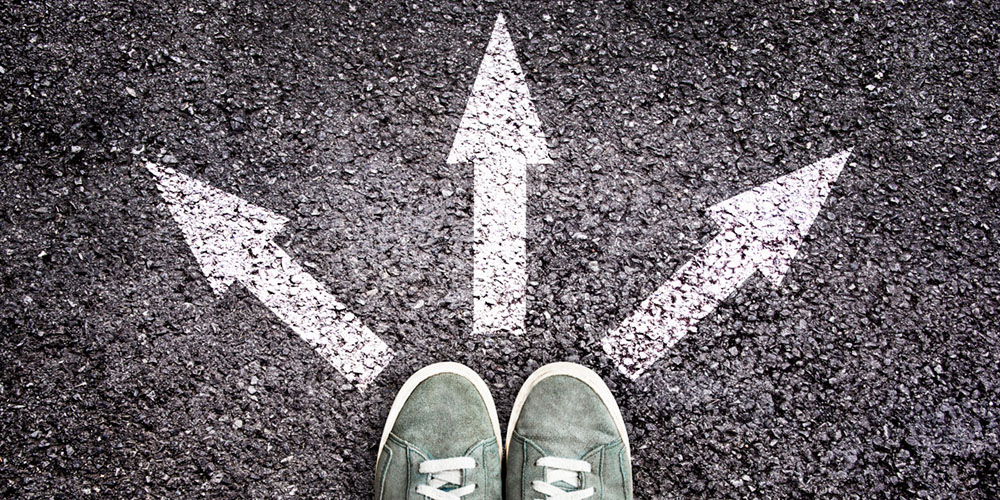 Recently, my husband and I went to an advance screening of the new movie Shazam! In a few scenes, a Magic 8 Ball is a key prop, and seeing it reminded me of all the so-called “future-telling” toys and games I used to play with for fun as a kid with my friends: paper cootie catchers (or fortune tellers), which we filled with random sentences and ideas for the future; the MASH game, in which we would desperately try to get a future that involved living in a mansion (or any of the buildings that weren’t the shack in the swamp) with a famous movie star; and, of course, the Magic 8 Ball.

We never took those “predictions” too seriously; I went to a Christian school, so it provided material for fruitful discussion in our Bible classes. But there are certainly times when I’d love the help of some sort of yes-no device to ease the process of decision-making. Of course, given the answers the Magic 8 Ball actually provides, that would not be for the best: “Should I attempt sledding off this roof?” Yes – definitely. “Should I listen to my doctor regarding this expensive medication?” Reply hazy, try again. “Is going to seminary the best thing for me? It really seems like it is.” Outlook not so good. Relying on a cheap toy for any decision would be a poor life choice.

But big decisions – the kind that have an impact for months, years, or even decades, whether we realize it at the time of the decision or not – are intimidating. And acquiring discernment for big decisions is hard – it’s a skill we want to have already, not one we want to develop. Developing discernment means being subject to situations that require … well, discernment. Most worthwhile character traits are like this. I pray often for patience, but that isn’t just handed to me – instead, I find myself in a situation that requires me to use patience, whether that’s a conversation that involves someone asking questions about what was just explained or getting stuck in a traffic jam while running late.

One thing can make discernment easier: community. One verse we like to reference around the CCCU is the first part of 1 Chronicles 12:32: “from Issachar, men who understood the times and knew what Israel should do.” Being a community of people like the tribe of Issachar would be great, but the context of the verse lends even more weight to the power of community discernment. The men from Issachar (“200 chiefs, with all their relatives under their command,” as the second part of 12:32 says) were part of a group of men who gathered at Hebron “fully determined to make David king over all Israel” (12:38). Most of the tribes sent thousands and thousands of men with weapons, armor, and battle experience; Issachar’s contingent was by far the smallest of them all. But their contribution was worthy of note by the Chronicler because of what they could provide that tens of thousands of others could not: discernment.

As practitioners in Christian higher education, we all know that we live in times that demand discernment. We also, thankfully, are in the midst of a community that shares a commitment to promote, preserve, and advance the cause of faith-centered higher education that develops both faith and intellect for the common good. Each of the contributors to this issue (and, hopefully, in every issue of Advance) has provided expertise, insights, and recommendations based on their own context and experience. All of this is in the hope that, together, we can develop and carry out the discernment needed for such a time as this.

Do you have comments about stories in this issue or ideas for stories in a future issue? Email us at editor@cccu.org.

Morgan Feddes Satre is the CCCU’s communications specialist and managing editor of Advance. She is an alumna of both Whitworth University and BestSemester’s L.A. Film Studies Center and is currently pursuing her M.Div. at Fuller Seminary.