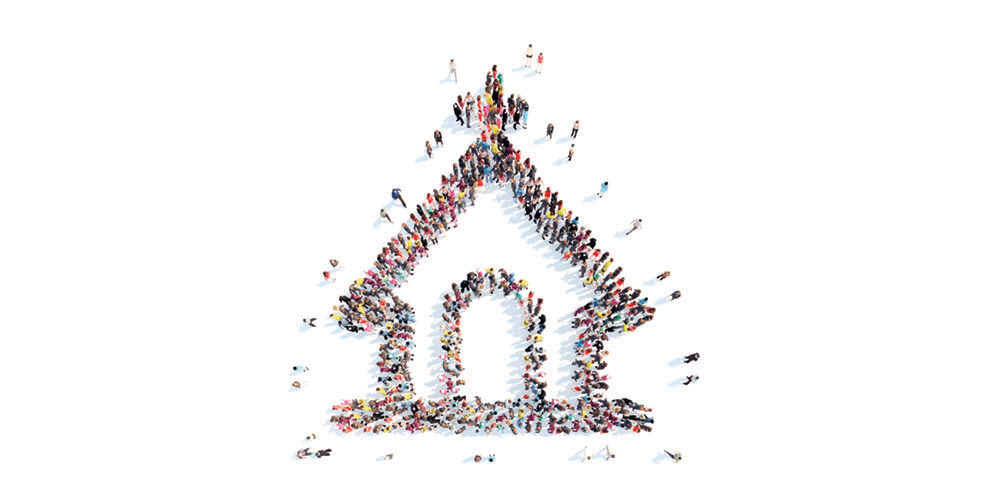 Christian higher education stands at a critical point in its history. Many institutions face declining enrollments; escalating discount rates; fractured faculties; a rise in mental health needs of students; and ideological clashes over theology, politics, and culture. These colleges and universities, once considered bastions of evangelicalism, are emerging as battlegrounds in a new chapter of the long-standing culture wars, a tension particularly palpable since the 2016 U.S. presidential election.

An unfortunate casualty of such tumult is the peaceful campus life many institutions took for granted. Evangelical institutions writ large now find themselves “identity-stressed,” struggling to convey what they are for amid all the presumptions of what they are against. When we, as leaders on these campuses, talk about our work, it’s often in a framework of “challenges.”

Without diminishing the significance of the many challenges bombarding Christian colleges, we believe other important considerations champion our work. At the risk of stating the obvious, the Christian college has much to offer the college student, particularly with regards to the generative, aspirant, and often elusive notion of “campus life.” Moreover, an opportunity has long existed to champion the Christian college experience in a way that resonates with the broader higher education landscape.

An exemplar in that pursuit was Ernest L. Boyer. A graduate of two Christian colleges (Messiah College and Greenville University), Boyer was an educational innovator and reformer, and arguably the most respected voice on education in the 1980s and 1990s. He was chancellor of the State University of New York (SUNY) system, Commissioner of Education under President Jimmy Carter, and president of the Carnegie Foundation for the Advancement of Teaching (CFAT). Published in 1990, his Scholarship Reconsidered: Priorities of the Professoriate persists to this day as one of the best-selling higher education texts of all time.

That same year, Boyer and his associates at CFAT published another profound work entitled Campus Life: In Search of Community. This report was the result of a yearlong, nationwide survey of college presidents and chief student development officers. Boyer and his associates at CFAT, in particular, sought to understand (and combat) the “breakdown of civility” on America’s college campuses.

Rather than simply trying to curb bad behavior on college campuses, Boyer cast a larger vision. He outlined six principles that captured the essence of higher education and provided a framework for developing a community of learning:

Boyer argued a college was a community where faculty and students work together and the academic and the cocurricular are integrated. He encouraged both faculty and student personnel professionals to be viewed as teachers – common educators for a common cause.

A college campus, Boyer said, is a community where dignity is affirmed and equality is pursued. For instance, Boyer believed America’s colleges were a shining example to the country of how to bridge a widening gap between rich and poor.

A college is a community where freedom of thought and expression is protected. On this point, Boyer reveled in the power of language to exchange ideas. He referred to it as a “sacred trust” as he attempted to find a third way between the communal hazards of rigid uniformity and unfettered expression without concern for the common good.

Boyer reasoned that a college is a community where governance promotes and protects the common good. He advocated for a more open and inclusive campus, but he also argued all colleges ought to have a clear code of conduct developed by the campus community in a manner that cultivates investment and ownership of the overall health of the group.

A college is a community where members are supported and service is embraced. Boyer believed a college committed to service would allow students a valuable opportunity for engagement throughout the generations.

A college is a community where tradition and heritage are remembered. Boyer quipped that a “community of learning must be held together by something more than office parties or a common grievance over parking.” He promoted meaningful gatherings of the faculty, staff, students, and leadership to celebrate shared values and purpose.

At almost any point in time, collaborative, generative conversations among curricular and co-curricular leaders are essential to the health of college and university campuses. As noted, this particular epoch is proving to be inordinately challenging. As a result, we have worked on updating and expanding the original Campus Life report to more explicitly connect the profound ways in which Christian higher education seeks to embody these principles: Campus Life: In Search of Community—Expanded Edition (InterVarsity Press, June 2019).

To aid in the process of reconsidering and translating the ideas found in Campus Life, this volume contains chapters from some of Christian higher education’s leading chief academic officers, chief student development officers, and a president. These curricular and cocurricular leaders offer an updated reflection on each of the original chapters. Much wisdom comes from asking the chief academic officer and the chief student development officer from the same campus to work together to translate those timeless qualities found in Campus Life to the realities facing campuses today.

The essays in this collection thus offer a context in which readers can reflect upon the past while also thinking theologically about the prospects for the future of campus life at evangelical institutions of higher learning. This expanded edition is designed to equip higher education leaders to explore questions such as:

How can the curricular and cocurricular realms of institutions work more effectively together to foster a learning environment that develops whole people?

How can Christian campuses serve as laboratories for justice?

Amid the current cultural climate, how can Christian college and university campuses embody convicted civility?

How can Christian campuses model forms of community that seek individual flourishing and the common good?

What is an appropriate and biblical ethic of care toward today’s students and faculty?

How does one honor campus traditions while also embracing change?

It’s been nearly 30 years since Ernest Boyer and his colleagues at CFAT published Campus Life. The distinctives of a Christian college experience were certainly within his mind as he shaped that report. Perhaps now is the time for those of us who work in this space to redouble our efforts to promote those distinctives.

We currently have ample opportunity to respond to the tyranny of the urgent, but we must consider the long-range outcomes of getting stuck in a mode of reactivity. As we wrestle with our present challenges, we must also find opportunities to champion the ways in which our institutions are – and have long been – purposeful, open, just, caring, disciplined, and celebrative.

Put another way, let’s not overlook the opportunities amid the challenges. In the book’s foreword, David Brooks, bestselling author and New York Times columnist, argues for the cultural value of Christian higher education:

What I’ve tried to describe is this task of helping young people build the commitments, the foundations of their lives. A lot of the schools I go to do a great job at many other things, but integrating the faith, the spirit, the heart, and the soul with the mind is not one of them. When I go to Christian colleges, that’s exactly what I see. That is the gift your institutions offer the wider culture.

Drew Moser is co-editor of Campus Life: In Search of Community—Expanded Edition (June 2019, IVP Academic). He is Dean of Student Engagement and an associate professor of higher education at Taylor University.

Todd C. Ream is a professor of higher education at Taylor University, a senior fellow with the Lumen Research Institute, and the publisher for Christian Scholar’s Review. With Drew Moser, he served as a co-editor for Campus Life: In Search of Community—Expanded Edition.

Kayla Hunter, a 2019 graduate of Taylor University’s Master of Arts in Higher Education and Student Development program, is the head volleyball coach at Norwell High School in Ossian, Indiana.

Contributors to Campus Life: In Search of Community—Expanded Edition