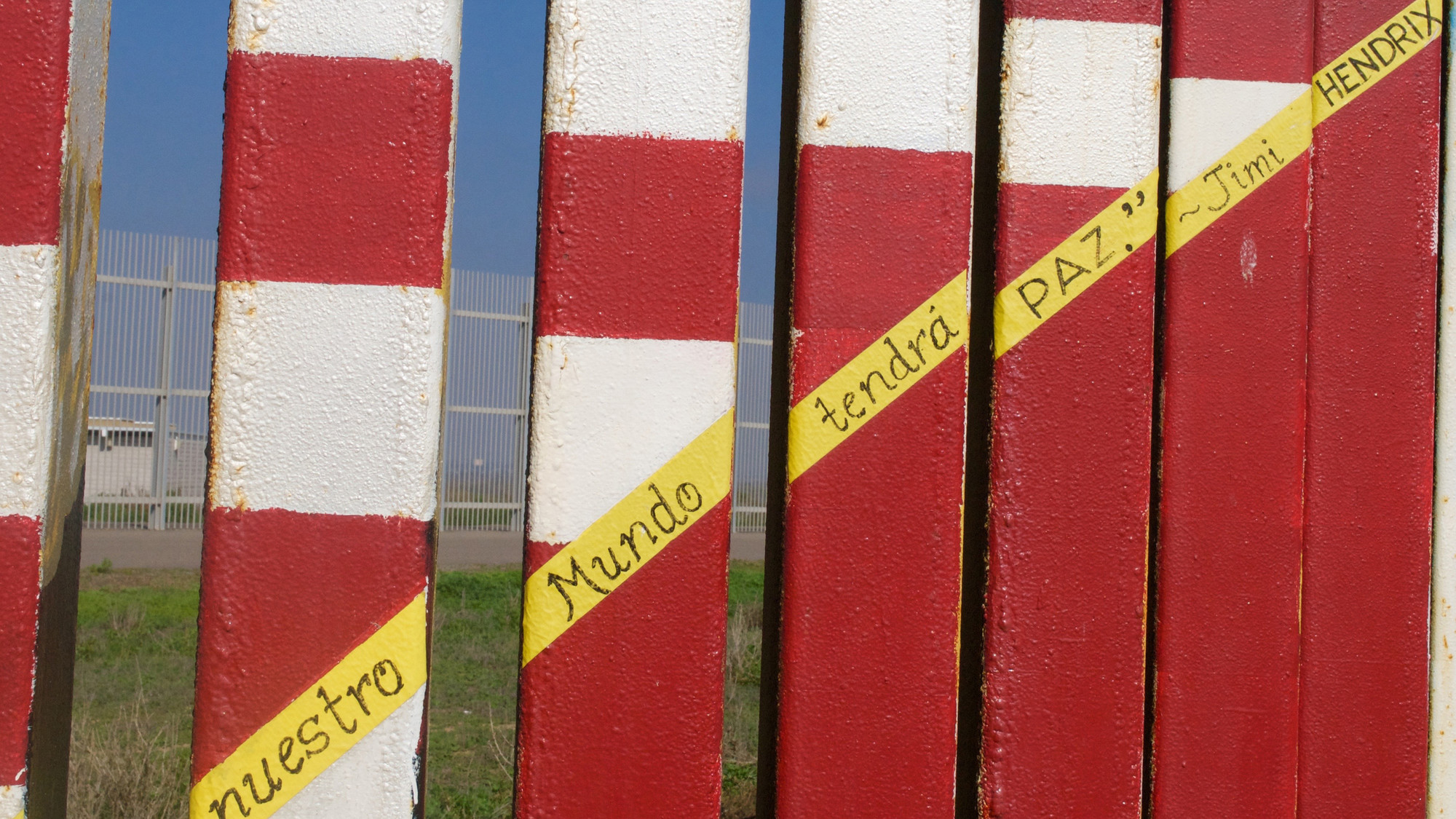 Blessed Are the Peacemakers

These four brief words summarize the peacemaking framework that guides the Global Immersion Project as it seeks to cultivate everyday peacemakers through immersion in global conflict.

“Peacemaking” often sounds like a lofty, even impossible ideal in a world broken by sin and its consequences. But in February, I joined a group of nearly two dozen CCCU leaders from across the country who gathered in San Diego, California, to learn about and experience a glimpse of this four-step peacemaking process – modeled on the story of our salvation through Christ:

We had the chance to see how this framework can play out in the light of the immigration debate. Over the course of just two days, we had encounters that showed us all aspects of this situation:

Though the trip’s focus was on immigration and how we can – and should – better engage with the topic, we also sought to understand these questions: What role must Christian universities play in forming and activating its faculty and students as agents of reconciliation? What does it mean for a Christian university to be an agent of transformation itself?

This isn’t a question we can answer in one sitting. What follows are responses to this peacemaking process from a few of the administrators who took this journey. Our hope is that this starts discussion, garners interest in the growing partnership between the CCCU and the Global Immersion Process and – most importantly – propels us all to follow the leading of Jesus to become peacemakers guided by the Gospel.

The Power of the Process
Many questions remained unanswered throughout this journey – and that’s okay.

By Janet B. Sommers

As I embarked on this experience, I found myself thrust into a space heavy with both import and discomfort. As the chief academic officer at the University of Northwestern – St. Paul, did I really belong here? What did I know about immigration beyond a passing exposure to the polarizing political debates and media fray? Would this immersion experience prove a worthy investment of institutional time and funding?  Motivated by curiosity and a desire for greater knowledge, I could not foresee the interpersonal experiences that would gradually displace my head with my heart.

For me, this journey was punctuated by unsettling juxtapositions and soul-searching questions. I arrived at few answers, yet my penchant for tidy conclusions proved far less important than the transformational process itself – for both me and my institution.

Driving to the Mexican border on Friday afternoon, I sat in the front row of the van to have easy access to Agent Frank Alvarado, our guide from the U.S. Border Patrol. He and three other representatives had just shared statistics, artifacts and stories of unauthorized border crossings, proudly conveying their success in decreasing arrests. As I pondered Agent Frank’s ready responses to my questions, mile after mile of metal fencing and barbed wire framed the separation between the U.S. and Mexico. Toward the end of the road trip, the stark contrast of the beautiful brick walls protecting $500,000 San Diego homes from the Tijuana shanties only hundreds of yards away spoke louder than the rumbling of the vehicle or the growing clamor within my own mind.

Sitting adjacent to a panel of immigration experts later that night, my attention quickly centered on a key question: “How many individuals on the Jericho Road do we need to stop and help before we ask ourselves, ‘What is wrong with the road?’” As the conversation swayed among theological grounding, political realities and personal experiences, I found myself forced to ask, “Who is my neighbor? Am I an American who is a Christian, or a Christian who is an American?” 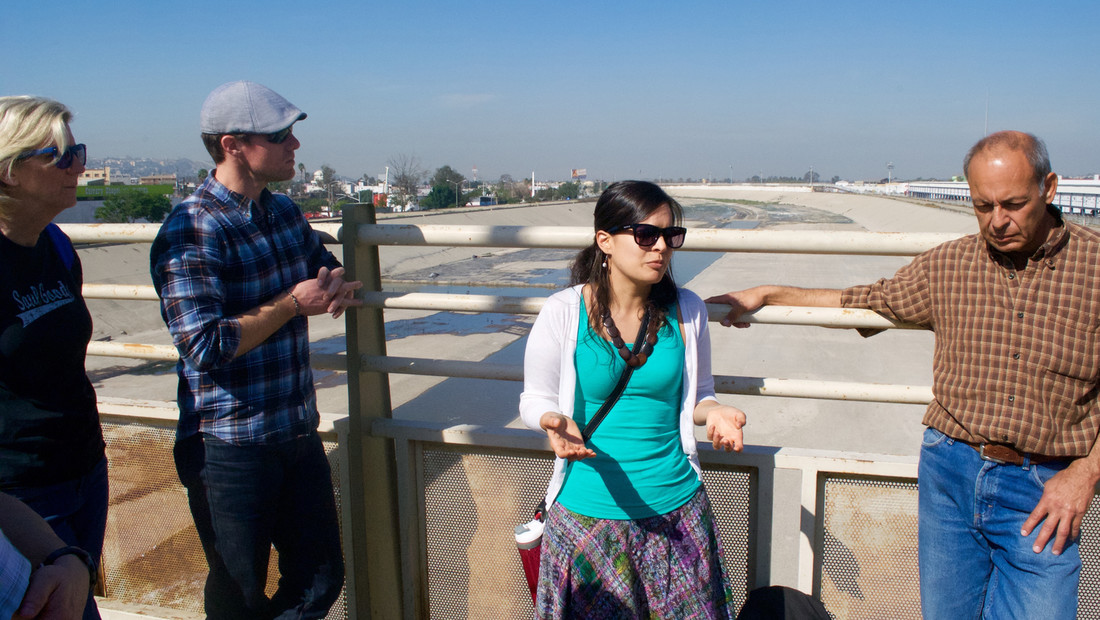 The next morning as we crossed the border to be led on a tour of Tijuana, we walked to a huge cement waterway that had recently housed 800-plus deportees who had disappeared after the government disbanded their makeshift home. The somber stillness of that site contrasted sharply with the incessant activity of the Red Light District. “Why isn’t the church doing more to help the deportees and address the poverty and depravity pervading Mexico?” I wondered. “How can we most effectively help our brothers and sisters overcome the overwhelming despair and futility that stifle the Tijuana streets?”

That afternoon, we visited a park on the Mexican  side of the border, where openings in the wall are so small only words can pass between those who venture there each weekend to “see” their family and friends on the opposite side of the wall. The irony of the designation “Friendship Park” was not lost on us as we spent time listening to and learning from deported mothers separated from their families in America. Their cheerful pink shirts belied their poignant stories of abusive spouses, painful separations from their children, and overwhelming love that compels them to find a way back home.

The remainder of my journey was equally impactful. At one of Casa del Migrante’s long folding tables, I sat across from a determined immigrant from San Salvador who had journeyed five months to Tijuana and a heavily tattooed gang member recently deported from San Diego. Over plates of rice, stew and beans, we communicated more with our eyes than our stumbling words. The next morning, seated at the executive conference table at our San Diego resort, I listened to the bright millennial whose academic aspirations had been shattered when her parents informed her she was an “illegal.”

By the end of the trip, I realized my need to know had been eclipsed by my seeing, hearing and feeling. This global immersion experience had touched the essence of what makes us human. The individuals I had encountered on my journey spoke into who I am as Christian, American, wife, mother, daughter, neighbor.

In the ensuing days thick with faculty concerns and budget deadlines, I struggled to translate the impact of my immigration experiences to my university. I had not arrived home with a strategic plan, clear objectives or even a focused vision. What I did know, however, was that my perspective, the depth of my compassion and my commitment to action had irrevocably changed – not primarily through knowledge but through human experience.

In Desiring the Kingdom, James K. A. Smith identifies the purpose of higher education as “not first and foremost about what we know, but about what we love.” This trip succeeded not only in enlightening my mind but, more importantly, in shaping my heart. It moved me closer to the goal of Christian education that Henri Nouwen describes in The Way of the Heart: increasing our faithfulness to the great commandment to love God with all our heart, mind and soul, and our neighbor as ourselves.

Richard Rohr notes in Everything Belongs, “Jesus pushes seeing to the social edge. . . . When we can see the image of God where we don’t want to see the image of God, then we see with eyes not our own.” Such seeing is often impossible when we remain within the confines of comfortable spaces and places. Opportunities like my global immersion experience invite us into a wrestling of mind, body and soul that can ultimately facilitate personal, institutional and cultural transformation. Christ calls us to nothing less.

Janet B. Sommers is the senior vice president for academic affairs at University of Northwestern – St. Paul in St. Paul, Minnesota.

Teaching for Justice
This kind of education isn’t just for our students.

What does it look like to teach for justice? In Nicholas Wolterstorff’s essay “Teaching for Justice: On Shaping How Students Are Disposed to Act,” he argues (and I agree) that the processes and goal of education ought to be characterized by God’s shalom, and this endeavor requires empathy. In my experience, the empathy that leads to just action is most often gained though personal relationship. My question has been: How am I to engage in relationships with those who suffer when my professional life revolves around teaching classes, doing academic research, and sitting in committee meetings?

Seattle Pacific University’s motto is “engaging the culture, changing the world,” and the question that students repeatedly ask is “Whose culture, whose world?” They question whether “the world” the faculty and staff engage is the same as theirs. Students wonder if their professors possess empathy born out of lived experience to address the injustices they face. We speak of the need to get students outside the “bubble,” but are our faculty and staff needs any different? 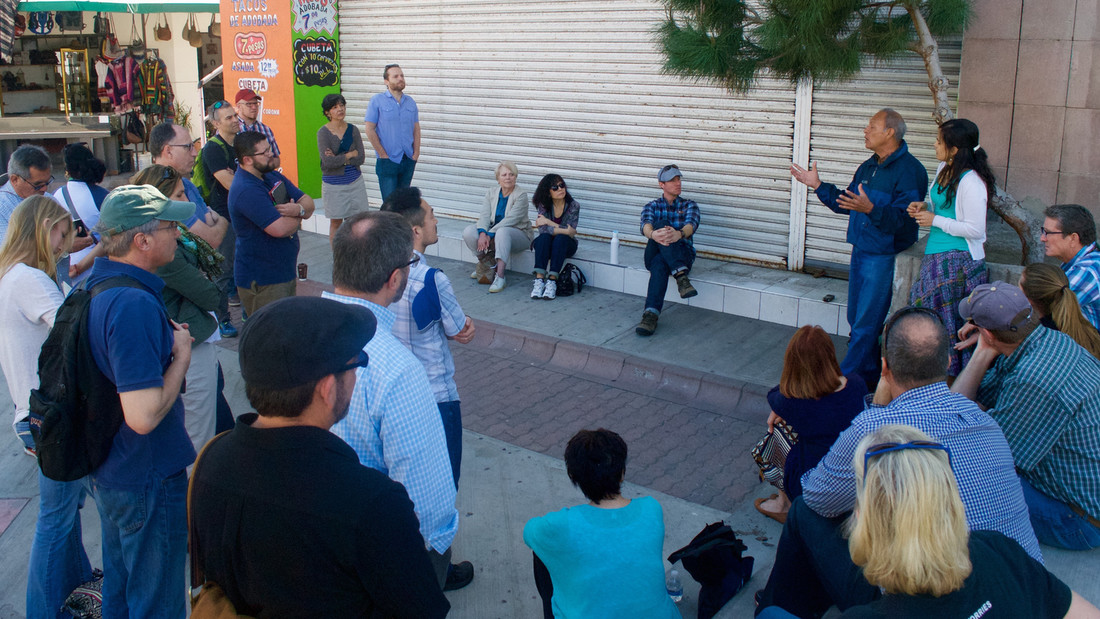 One of my research and teaching interests is the biblical exile. For the past two decades, researchers have utilized methods from forced migration studies and have begun to explore the intersections between the biblical exiles and contemporary migrations. From my own personal and ministry context as a Korean-American immigrant, I’ve written and taught on the Asian American experience and exile. This intersection between the biblical exile, immigration and forced migration made a dramatic impact on classroom learning one quarter when an older student, who was a survivor of the Khmer Rouge genocide, shared his story of survival as a refugee. After hearing his story, we read biblical texts of conquest, captivity and deportation with fresh eyes and renewed interest.

Last year, I had a student come into my office for prayer because her father was recently deported to Mexico. She and her family are devout Christians, and for them there was no question that he would attempt to return to the U.S. Her prayer was that he would not suffer injury or harm during the journey so that he would be able to work and provide for their family. She expressed to me that the thought of her father in Mexico was such a daily mental and emotional strain that she wondered if she would be able to continue with her studies.

What I appreciated about the trip was the opportunity to explore immigration from both sides of the border and hear personal stories as well as explore systemic issues. The time spent hearing the U.S. Border Patrol justify its work was invaluable. While we were driving along the border wall, the patrol caught several young men attempting to cross through the fence. I can still recall the look of discouragement on those men’s faces as they were rounded up. Meeting activists in Tijuana and hearing first-hand the stories of DREAMer moms was unforgettable. I met fellow Christians who may be directly and dramatically impacted by the results of our upcoming election, or any action or inaction by Congress regarding immigration.

Immigration is an issue that I wanted to more deeply engage personally and professionally. I had already discussed how SPU might engage the topic of immigration with our provost, Jeff Van Duzer, who also attended the trip; this experience has only deepened our desire to mobilize our campus to do so. I’m grateful that I’ve developed friendships from the experience and now have people on whom I can lean as ongoing allies and resources, and I’m more motivated and informed to teach and write on the exile and immigration.

Bo H. Lim is the university chaplain and associate professor of Old Testament at Seattle Pacific University in Seattle, Washington.