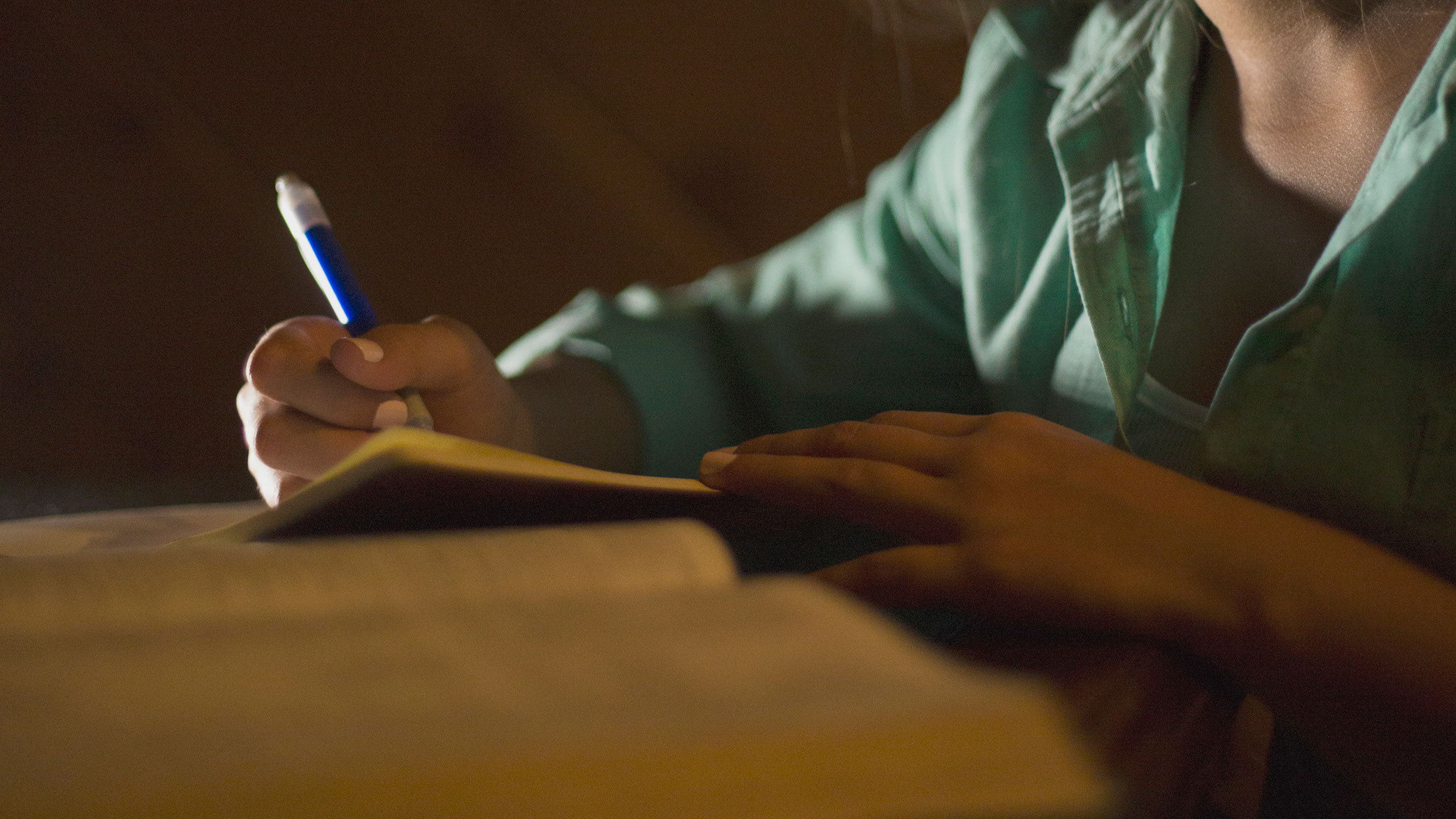 This article first appeared in Resound.

Not many academics are editing the manuscript for twentieth-century American literary luminary Flannery O’Connor’s unpublished novel Why Do the Heathen Rage? In fact, none of them are, except for one: Dr. Jessica Hooten Wilson, associate professor of creative writing at Arkansas’s John Brown University. Approved for the honour by O’Connor’s estate in 2015, the distinction is one of many accolades for the emerging scholar. However, Wilson is not interested in showcasing her achievements. Rather, her public commitment is to stories and their patient, slow formation of our culture’s prophetic imagination.

“Dr. Wilson is a magnetic speaker, a beautiful writer and a rising star in the world of Christian higher education,” says Dr. Robert Joustra, director of Redeemer’s Centre for Christian Scholarship. “She is not only a consummate teacher and conversationalist, but her research spans audiences — from penetrating academic analysis, to public arguments for the liberal arts, to the place of faith and art through her possession and forthcoming publication of Flannery O’Connor’s unpublished works.”

A quick scan of Wilson’s curriculum vitae places her among the ranks of literati the world over, and makes the Centre for Christian Scholarship’s choice to award her the 2017 Emerging Public Intellectual award nearly incontestable. The $5,000 award recognizes emerging talent rooted in the Christian academy and making a public impact. The award, created and led by Redeemer, is also sponsored and adjudicated by leading North American Christian think tanks Cardus, the Acton Institute, the Center for Public Justice and the Henry Institute, as well as the Council for Christian Colleges and Universities (CCCU).

“Jessica’s scholarly achievements and recognition are truly remarkable for someone at her stage in her career, yet she retains a sense of personal humility and devotion to her students that stems from her Christian faith,” says Dr. Rick Ostrander, vice president for academic affairs and professional programs at the CCCU. She epitomizes a Christian scholar who uses her considerable intellectual talents to benefit her students, the scholarly community and the general public.”

“Public intellectuals not only assist us to understand the issues of our times, but they stir in us a discontent,” says Dr. Deani Van Pelt, a senior fellow at both Cardus and the Fraser Institute. “Exhibiting a relentless drive to uncover, expose and share, the finest among them approach their work with humility, a gracious literary style and a desire for the greater good. Jessica exemplifies each of these characteristics, and more.”

Prophetic stories, embodying the incarnation, are Wilson’s life’s work. She has focused on deeply spiritual authors and specializes in O’Connor, Fyodor Dostoevsky and Walker Percy. These authors’ stories point to the One who truly makes each person whole. “We need someone who can remind people how to digest those stories and let them permeate our souls,” she continues. “I hope to do that with my work, by writing about stories and by writing them myself.”

Much of Western society, she asserts, is more concerned with entertainment than eternity.“Most needed in current culture is a long-term vision that does more than react to daily headlines,” states Wilson, “but that cultivates the imagination of the populace in such a way that 20 to 40 years from now, the world may be better.” To respond with prophetic imagination, Wilson continues, we “must remember the past well, pay attention to the stories being told and lived now and step into narratives that foster the possibility of heroes and saints within us.” Stories allow each person to more fully imitate the Word — and by extension, Christ. “There is a reason that the ancient Greeks are remembered thousands of years later and that their legacy still imprints our Western society,” she continues. “They told great stories about universal and timeless goods — piety, courage and duty. We need to pull from those stories.”

In addition to editing O’Connor, Wilson was a 2014 Fulbright Scholar. She spent a year teaching in the faculty of literature as well as American studies at Charles University of Prague, Czech Republic. Three books — one on demonic authority in O’Connor’s and Dostoyevsky’s fiction, another on the search for influence in Dostoyevsky’s and Percy’s works and yet another which is a handbook on Percy’s novels — will be published by 2018. In April, she travels to Redeemer’s campus to receive her award and offer the prestigious World and Our Calling lecture.

Wilson is exceptionally prolific, yet she radiates humility. She did not initially pursue an academic career; she pinpoints her vocation as one of writing and teaching. “We all give from empty hands,” she says. “Most especially, I am aware of this truth when I speak publicly, teach and write. Whereas I cannot read the hearts of those around me, God can.” Prophetic words indeed.