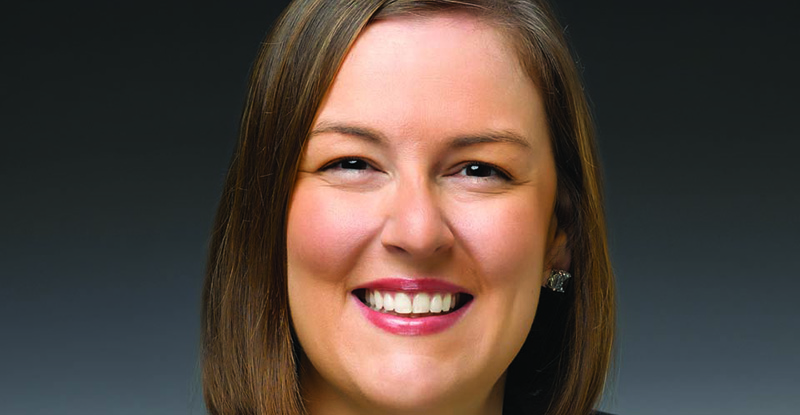 WASHINGTON – Senior Vice President for Government & External Relations Shapri D. LoMaglio announced that her last day at the CCCU will be July 9, 2019. During her nearly 10 years at the CCCU, LoMaglio has been a fixture on the government relations team, serving as the first government relations director in the CCCU’s history and later on its executive leadership team.

“Shapri LoMaglio has been an extraordinary contributor to the work of the CCCU,” shared CCCU President Shirley Hoogstra. “As a constitutional lawyer of the first rate, she has benefitted the CCCU with her knowledge of the law at a critical time in the history of Christian higher education. I have observed her generosity of spirit and love for the CCCU in countless ways. She will be sorely missed by her colleagues internally and externally.”

“I count my nine and a half years at the CCCU an honor and a privilege,” said LoMaglio. “I have had the opportunity to work with so many amazing people at the CCCU, on our campuses, and at our partner organizations. I will miss these friends and partners immensely.”

The CCCU’s government relations work has spanned from advocating for immigration reform and refugee access as part of the Evangelical Immigration Table; to prison reform and advocating for Second Chance Pell; to seeking better protection for institutional autonomy and religious mission in the Higher Education Act; to seeking a way forward for LGBT rights and religious rights. As part of her work on higher education issues, LoMaglio served on the Legal Services Board of the National Association of Independent Colleges and Universities (NAICU). The CCCU advocates for the rights of all people to practice their faith in peace, and LoMaglio has been a champion for this type of principled pluralism in Washington, previously serving on the boards of the Institutional Religious Freedom Alliance and the Center for Public Justice.

In addition to leading its government relations efforts, LoMaglio has also led the communications team for the past four years as the CCCU sought to sharpen its ability to make the case for Christian higher education in the public square. Specific initiatives included rolling out the CCCU’s new brand and logos, the launch of a new website, a redesign of Advance magazine, increasing the organization’s social media presence, releasing videos about the importance of Christian higher education, and improving regular email correspondence with members, including a quarterly “From Capitol Hill” newsletter.

LoMaglio has served as a media spokeswoman for the CCCU, speaking regularly to national audiences about the intersection of law, politics, and faith. Under her leadership, the CCCU contracted Econsult Solutions to conduct a national study identifying both the economic and life-changing impact of Christian higher education in order to help make the case to lawmakers and others about the irreplaceable value that Christian higher education has in the public square. She also oversaw the conferences team during its very successful 2018 Forum year and has had the opportunity to be part of a team contemplating how to best communicate the value of the CCCU’s faith-integrated, off-campus study programs.

Government relations inquiries should be directed to ksimmons@cccu.org.

Media relations and public affairs inquiries should be directed to media@cccu.org.

Member or organizational inquiries should be directed to council@cccu.org.